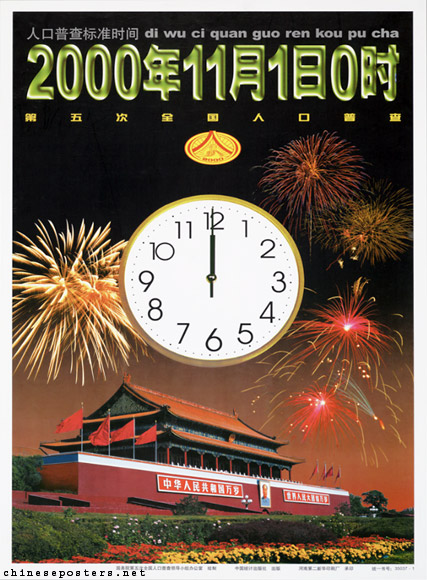 On 1 November 2000, at 00:00 hours, work started for the Fifth National Census. More than ten million workers, including government officials, teachers and other volunteers, were mobilized for the project. In a period of ten days, these census workers visited the more than 350 million families in the country. In what was a first in Chinese census-taking, 90 percent of the families were questioned on the basis of a short-form questionnaire, whereas in the case of the other ten percent, long-form questionnaires were used. 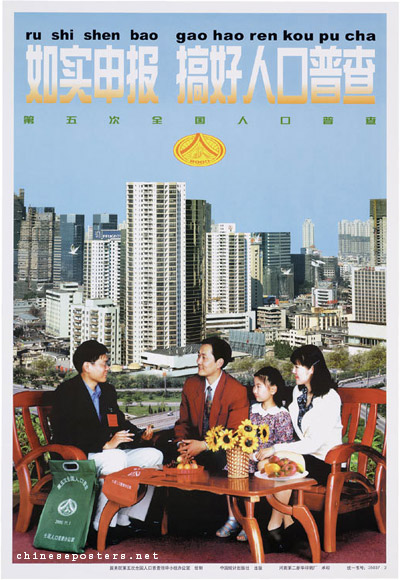 Report things as they really are, do a good job in the national census, 2000

The census takers faced more problems than in earlier cases. As Kam Wing Chan indicates, "[I]nstead of the population obediently queuing up to be counted [...] an increasing but still small proportion of people probably reacted to the census in 2000 in a less cooperative way. They gave inaccurate anwers unintentionally or intentionally, or simply refused to answer some questions. Still others, like the ‘above-quota birth’ children or the homeless and itinerant commercial sex workers, were by nature hard for the census workers to locate" (p. 5). 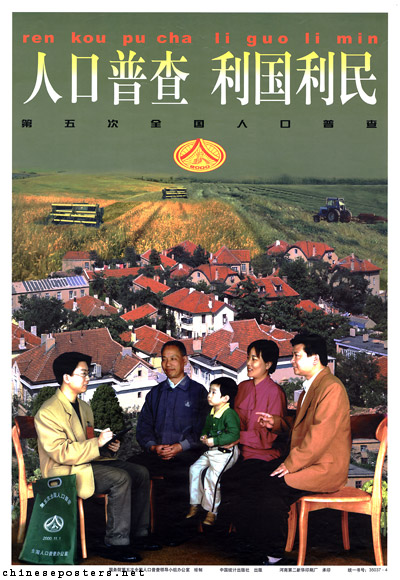 The national census benefits the nation and the people, 2000

In the meantime, results of the census have become available. These include: 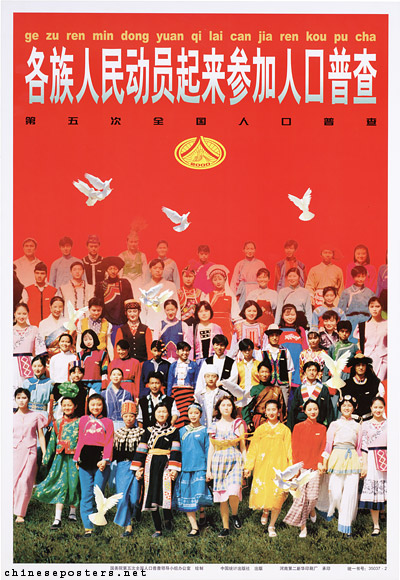 Mobilize the people of all nationalities to participate in the national census, 2000

An interesting development in the posters that were intended to explain various aspects of the census is that they were sponsored by companies such as China Life (aka the People’s Insurance Company of China, PICC). Although the State Council and other government organizations remained responsible for the overall publication process, it points to a trend where the party-state no longer necessarily functions as the main originator of such materials. The same applies to the posters published to support China’s candidacy for the Olympic Games in 2008.

National Bureau of Statistics of the People’s Republic of China, Communiqué on Major Figures of the 2000 Population Census (No. 1)