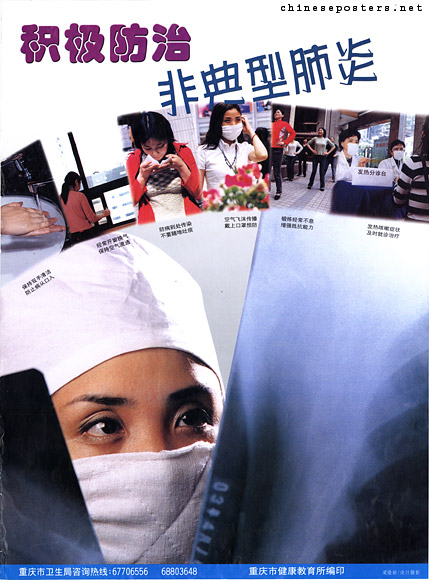 SARS (severe acute respiratory syndrome) erupted in Guangdong Province in November 2002. In Chinese, the disease is called feidianxing feiyan 非典型肺炎, which means a-typical pneumonia, abbreviated to feidian. It is believed to be linked to a virus found in wild animals such as the civet cat that are considered delicacies in the South. Apparently, the authorities were already aware of the disease by December, but they did little out of fear of the negative impact on the economy. The virus spread to Hong Kong and across all of China. In Beijing, it was first detected in early March 2003. 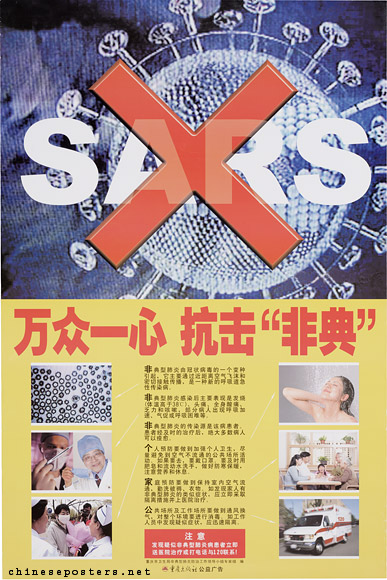 Millions of people all of one mind fight against SARS, 2003

Quite unexpectedly, in April 2003 the government belatedly acknowledged that the outbreak of SARS constituted a serious danger for the population. A stern warning by the World Health Organization (WHO) and public statements of a brave whistleblower, the retired Army doctor Jiang Yanyong, preceded this. Immediately, the authorities swung into action. On 20 April, Beijing mayor Meng Xuenong and Health Minister Zhang Wenkang were sacked as obvious scapegoats for trying to cover up the scale of the epidemic and for for having failed to act in a timely and relevant manner. 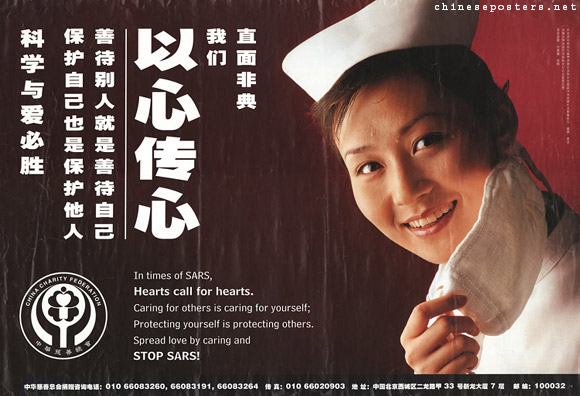 A propaganda campaign unfurled that had an almost Cultural-Revolution-like appearance. The official terminology used the image of a ‘people’s war’ that had to be waged against the disease. Volunteers were called upon to give their utmost, and selfless models of the past, including Norman Bethune, were invoked again to give an indication of the self sacrifice that was called for. This nostalgic use of the campaign model included posters featuring determined health workers balling their fists. Many different versions of posters were published for use at both the national and local levels. Most of them seemed to be intended to spread knowledge about the symptoms of the disease and to give information about preventive measures. 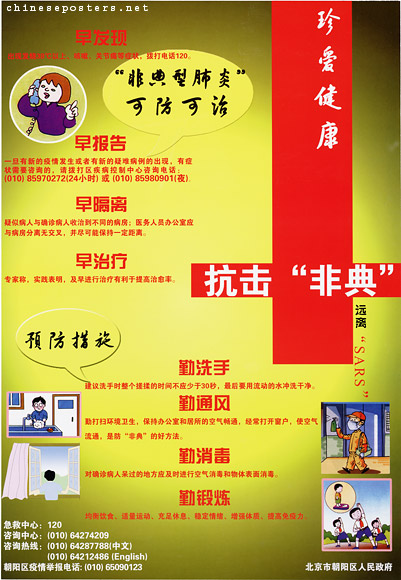 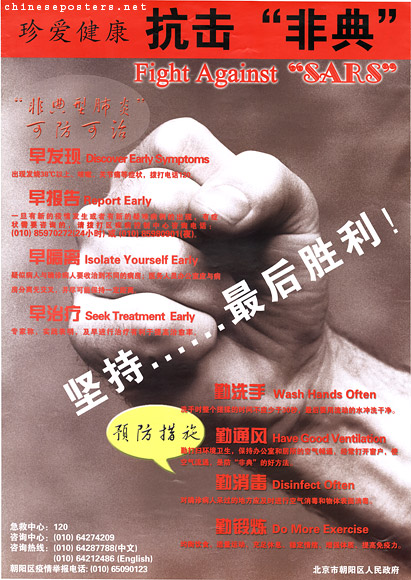 Hu Jintao’s first official poster appearance was recorded on a ten-sheet educational set of materials dedicated to the identification of SARS and how to avoid infection, published in May 2003 (see below). More than any other leader, Hu made efforts to come across as an involved "man of the people", thereby distinguishing himself as a leader from the more remote Jiang Zemin. Premier Wen Jiabao has made similar efforts. Interestingly, both leaders have advocated an uncharacteristic level of media openness with regards to the epidemic. 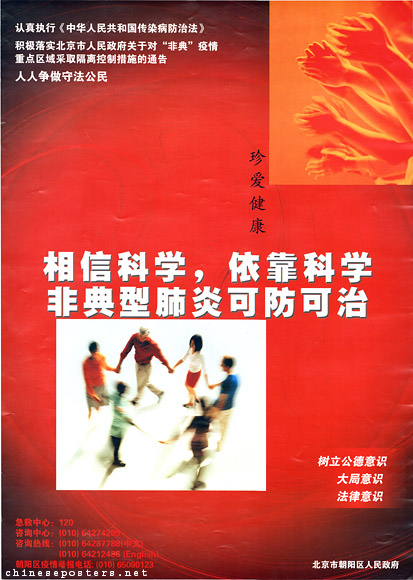 Be fond of health, fight against ‘SARS’ - believe in science, depend on science, SARS can be guarded against and cured, 2003 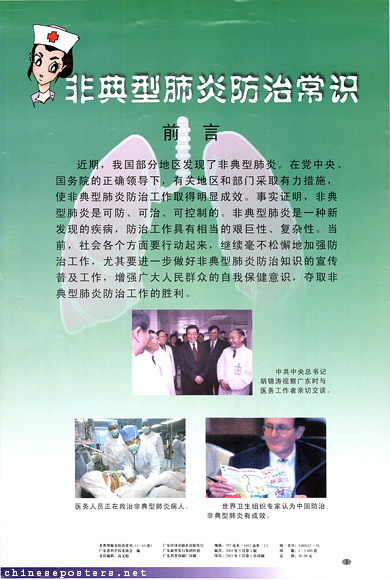 At the height of the epidemic in April and May, more than one million people left Beijing. Many residents were isolated in their living quarters out of fear of having been infected. While being cooped up, the people massively turned to Internet and the sending of SMS exploded. The WHO put the Chinese capital and many other areas on its list advising against travelling there. As a result, airlines, hotels and restaurants were dealt severe blows. On 24 June 2003, Beijing received a clean bill of health and had its warning status lifted by the WHO. 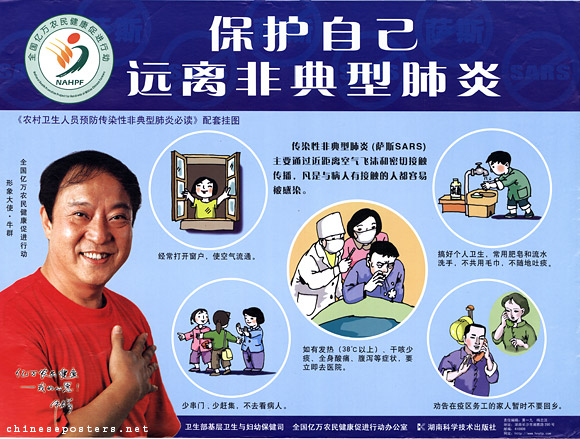 Protect yourself, keep SARS away, 2003

The Chinese authorities clearly did not want to be accused of inaction by the international community for a second time when bird flu, or avian influenza (A([H5N1]) broke out in Thailand, Vietnam, Indonesia, Japan and China in early 2004. Very quickly, a major propaganda campaign was underway informing the Chinese people how to deal with chickens, ducks and geese in a healthy way. Avian flu is extremely lethal and is able to jump species, infecting cats, pigs and humans. 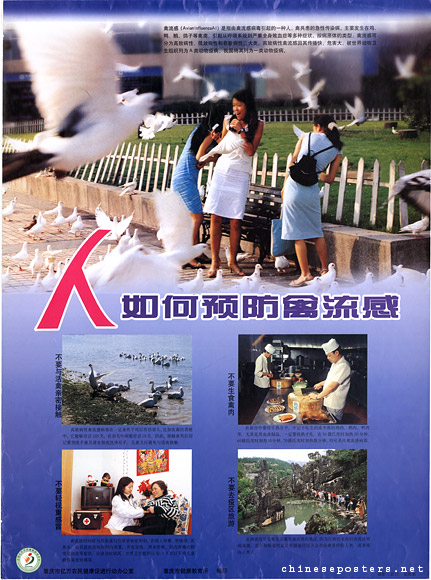