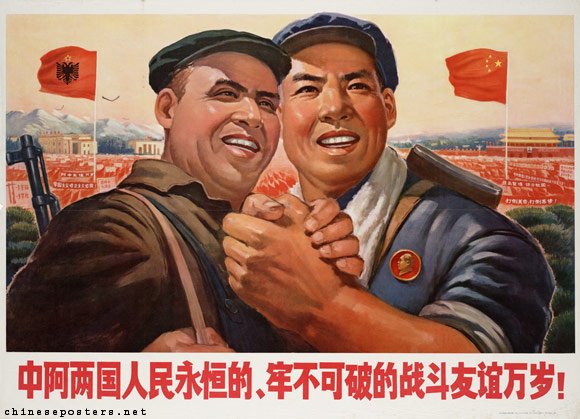 Long live the eternal and unbreakable friendship in battle between the peoples of China and Albania!, 1969

The fact that Albania steered an independent course from the Soviet Union made it almost a natural ally of China after Peking fell out with Moscow in the late 1950s. The Soviet Union’s ideological enemies truly were seen as China’s natural friends at the time. Although no formal treaty was signed between the two nations, the alliance started to take shape from 1960 onwards. The Chinese saw Albania as an ideal nation: it struggled fiercely against revisionism, and was successfully engaged in building socialism against all odds. Albania supported national liberation movements in developing nations (the Third World) and promoted the concept of armed struggle and global revolution. Equally important was the fact that Albania could function as a Chinese propaganda base in Moscow’s backyard. 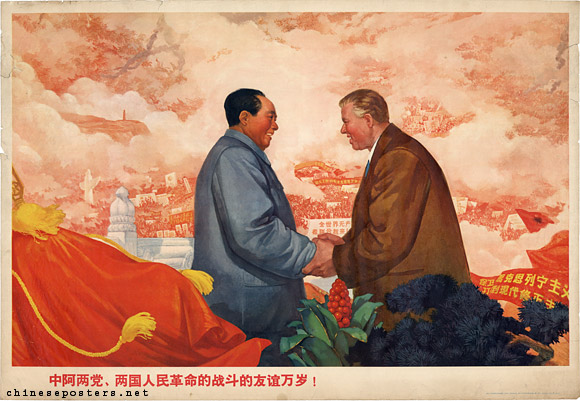 Long live the friendship of the parties of China and Albania, 1969

Once China began to focus less on ideological purity and changed its inward-looking stance to one where contacts with the outside world were given more weight, the Sino-Albanian alliance slowly started to disintegrate. Relations certainly soured even further in 1976, when Albania continued to praise Mao, neglected to endorse Hua Guofeng and the anti-’Gang of Four’ campaign, and publicly denounced Deng Xiaoping. In 1978, China terminated its assistance to Albania, and recalled its specialists. 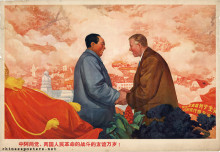 Long live the friendship of the parties of China a… (1969, June) 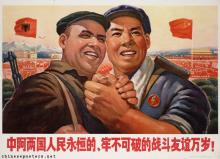 Long live the eternal and unbreakable friendship i… (1969, December)