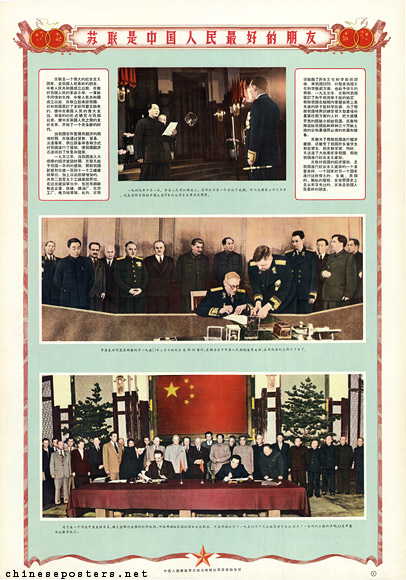 The Soviet Union is the best friend of the Chinese people, ca.1956

The Treaty of Peace, Security and Friendship that China and the Soviet Union concluded in Moscow on 14 February 1950 (middle photo on the poster above) formed the basis for a number of other bilateral agreements that covered various fields. In many respects, the Soviet Union provided a shining example of a modern nation that Peking wanted to emulate. 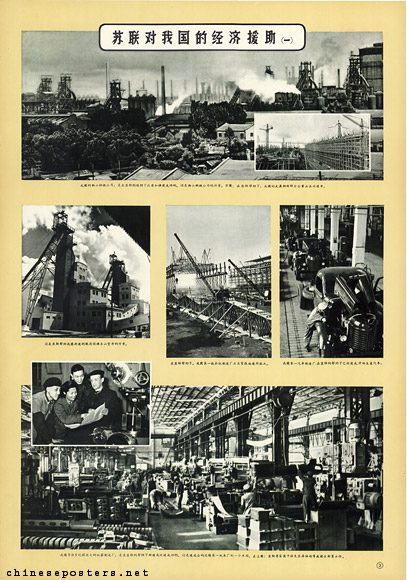 Soviet economic support for our country

An important part of the cooperation involved the development of the Chinese economy, and more specifically, support for building up China’s industrial base. Part of this was financed through Soviet loans that had all been repaid by 1956. China’s industrialization was further supported by the complete installation of 219 industrial plants by the Soviets, including steelmills, petroleum refineries, aircraft and truck factories, and electric power installations. The Soviets, moreover, provided the Chinese with blueprints for the construction of hundreds of kinds of factories and exterprises, designs for thousands of types of machinery and equipment, and substantial information on production processes. 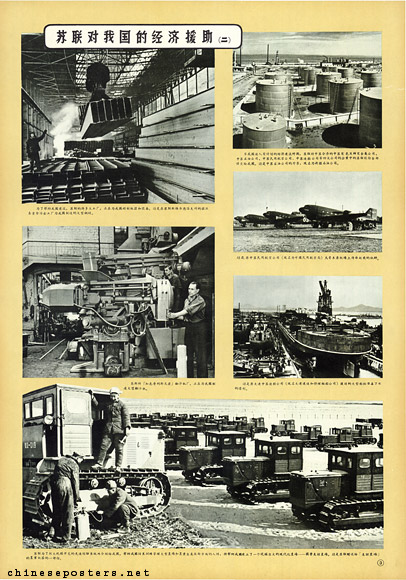 Soviet economic support for our country 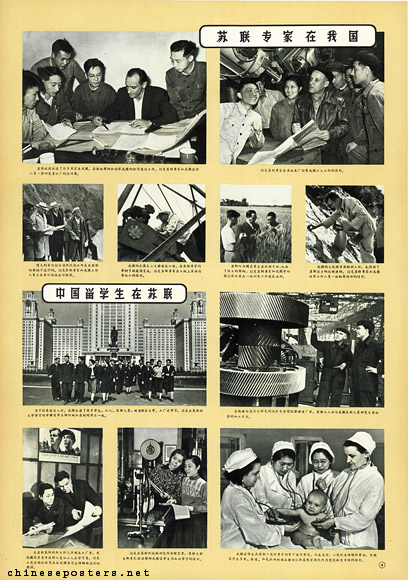 Soviet experts in our country, Chinese exchange students in the Soviet Union

Large numbers of Soviet experts and advisers were instrumental in rendering this assistance. By 1959, some 11,000 of them had been or were still active in China. Their participation ranged from being managers and operating engineers to serving as technical advisers and troubleshooters. Moreover, by 1958, China had sent more than 14,000 students to the Soviet Union for study, as well as 38,000 persons for on-the-job training. Another part of the cooperation involved cultural and scientific exchange. As a result, China was able to show various Soviet movies, and renowned cultural companies like the Bolshoy Ballet visited Peking on a number of occasions (below). 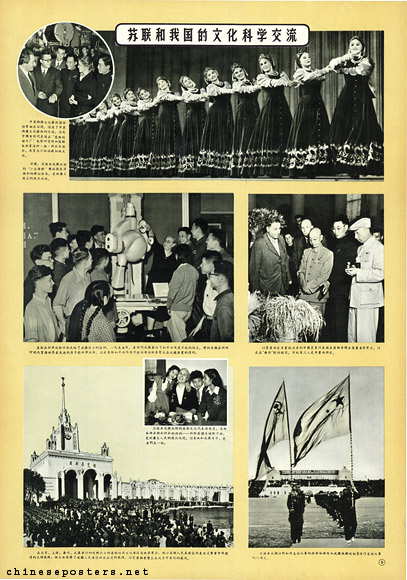 Cultural and scientific exchanges between the Soviet Union and our country 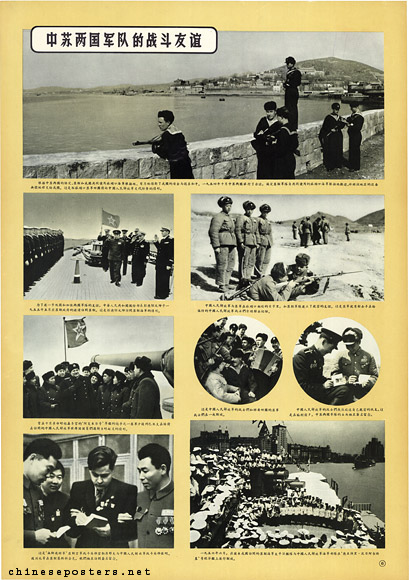 Battle friendship between the armies of the Soviet Union and China

In the military field, the Soviet Union supplied China with armor (medium-sized tanks, artillery, ammunition, aircraft, air weapons, ships, trucks, small arms, complex signals and electronic equipment, etc. Part of these deliveries served as examples to be produced by China’s own nascent military industrial complex. Moreover, the Soviets provided assistance in basic nuclear research, but they were balking at the idea that China would acquire or develop its own nuclear capability, despite Peking’s strong desire to do so.