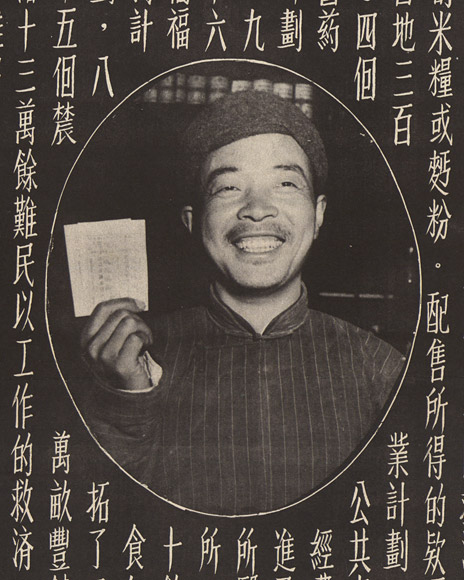 On 3 July 1948, the US Ambassador to China, John Leighton Stuart and the ROC Minister of Foreign Affairs, Wang Shijie (Wang Shih-chieh 王世杰), signed a US$275 million agreement to balance China’s international payments and to promote agricultural and industrial production (the full text of the agreement can be found here: http://www.chinaforeignrelations.net/node/226

); at the same time, another US$125 million was earmarked for discretionary spending. None of these funds were intended for military purposes: the aim of the aid agreement was basically to try and quell social unrest and alleviate economic distress while the Communist forces gradually but steadily took control over ever larger parts of China.

This support for China was made possible under the provisions of title IV of the Foreign Assistance Act of 1948; although China and Korea were not participants in the Marshall Plan, they were furnished assistance in a similar manner. For China, the support took form under the "China Aid Act of 1948," designed to "encourage the Republic of China in its efforts to maintain the genuine independence and the administrative integrity of China through a program of assistance based on self-help and cooperation." It authorized appropriations of up to US$338,000,000 with US$125,000,000 for additional aid through grants.

Allegedly, except for a small amount, this money was not received because of the CCP takeover of the mainland in 1949. Not until the next year did the United States decide to resume economic assistance to the ROC, now dug in on Taiwan.

This set of posters illustrating the beneficial (political and economic) effects of American largesse was produced and distributed by the United States Information Service, the predecessor of USIA, sometime in 1948.