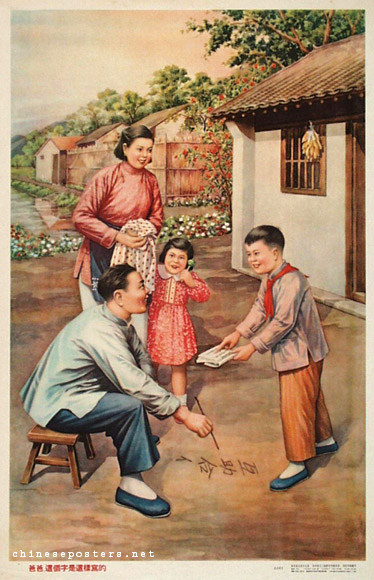 Daddy, this is how you write this character, 1954

Many of the early campaigns set out to combat illiteracy. Already during its stay in Yan’an, such movements had been widely organized by the Party as an important part of its propaganda efforts among peasants and soldiers. By using simple reading materials with strong political contents, the people were not only taught how to read and write, but they were simultaneously - and successfully - steeped in the new revolutionary ideology. The posters similarly served both educational and political goals. The grown-up left on the poster above, for example, is learning the characters for "mutual help [team]", an organizational form that preceded the huge people’s communes that were formed during the Great Leap Forward campaign of 1958-1960. 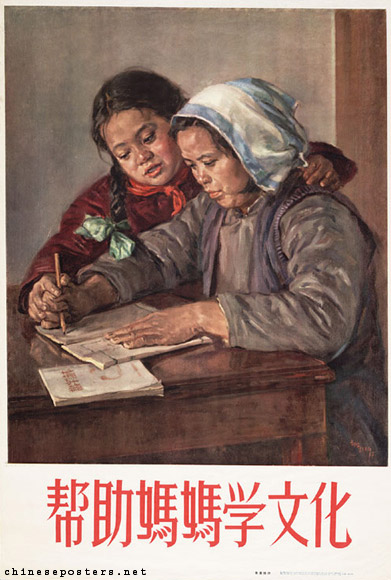 Although illiteracy was especially acute among women, most of the posters produced during the mass literacy campaigns show men learning how to read and write. Women are usually situated at the margins of the action, as if they already are literate. The picture changes slightly in the 1960s. In photographs and posters published in the Cultural Revolution, for example, one can often see elderly women (grandmothers) being taught basic reading and writing skills by their granddaughters, who use Mao’s Quotations as course material. 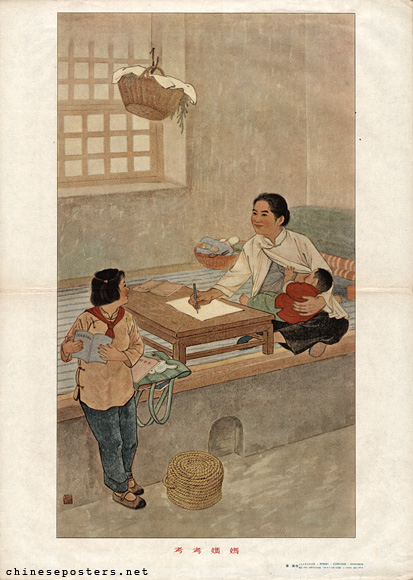 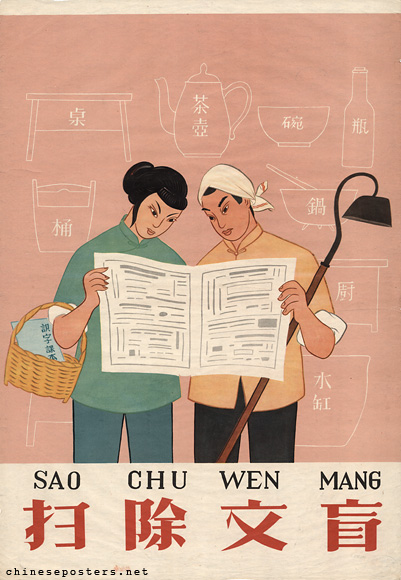 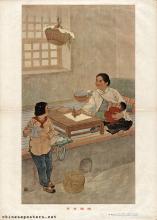 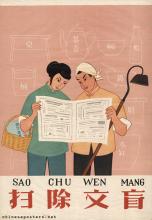 Daddy, this is how you write this character (1954, November) 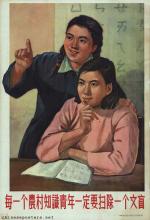 Every intellectual youth in the village will certa… (1955, October)