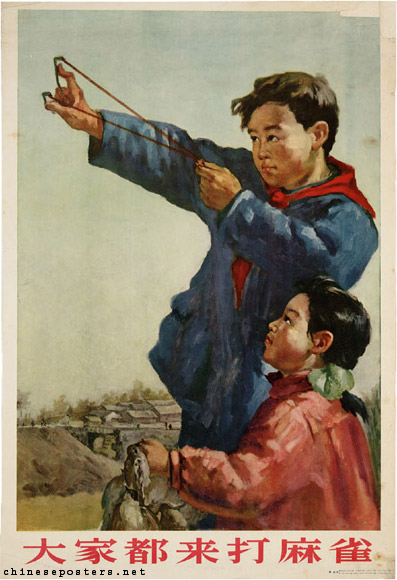 Everybody comes to beat sparrows, 1956

Children were given a real role in the posters that flanked the campaign that set out to exterminate the so-called four pests. The aim of this large scale hygiene campaign, which started in earnest in 1958 and is often seen as an overture for the nationwide mobilization of the Great Leap Forward, was to eliminate flies, mosquitoes, rats and sparrows. Sparrows were later replaced by bed bugs, as the extermination of the former upset the ecological balance, and bugs destroyed crops as a result of the absence of natural predators. 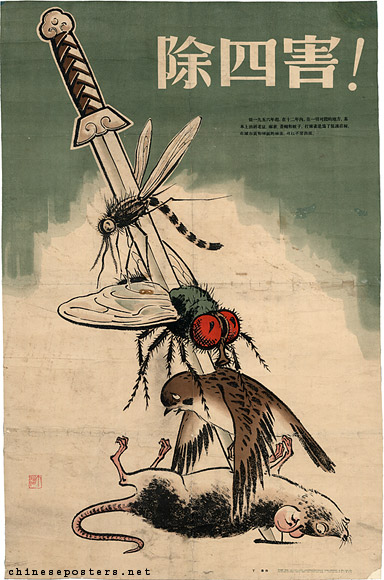 To attain the aim of the elimination of the four pests, everybody was mobilized. Contests were held among enterprises, government agencies and schools in cleanliness. Non-material rewards were given to those who handed in the largest numer of tails of rats, or dead flies and mosquitoes, or dead sparrows. As the movement became something of a sport, children turned out to be a group that jumped at the excitement of these activities and were eminently receptive to the calls for mobilization. Eyewitnesses recall from their youth how they would bang pots and pans so that sparrows would not have the chance to rest on tree branches and would fall dead from the sky from exhaustion. 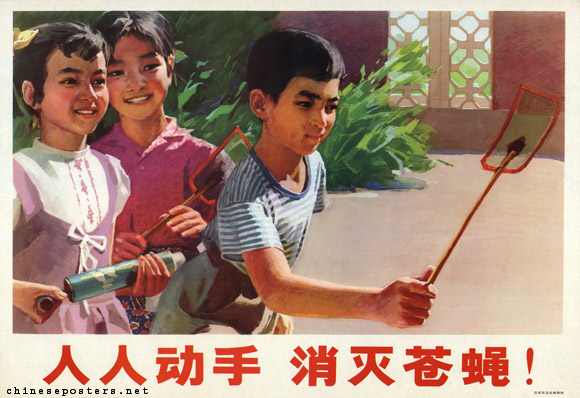 Everybody must get to work to exterminate flies! early 1970s

The poster above obviously is from a later period. Nonetheless, eradicating pests has remained high on the agenda and reappears regularly in government campaigns, often employing identical phrases as in the 1950s. 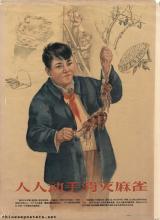 Everybody must get to work to eliminate the sparro… (1956, July) 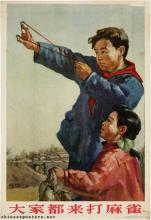 Everybody comes to beat sparrows (1956, September) 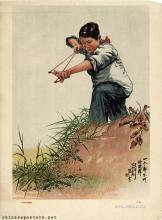 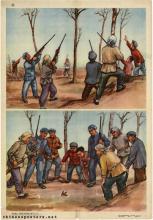 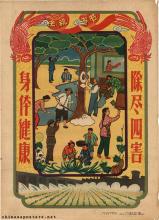 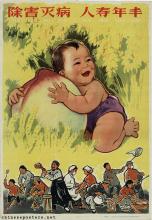 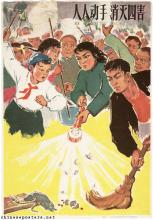 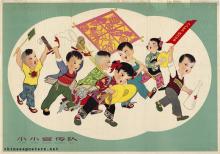