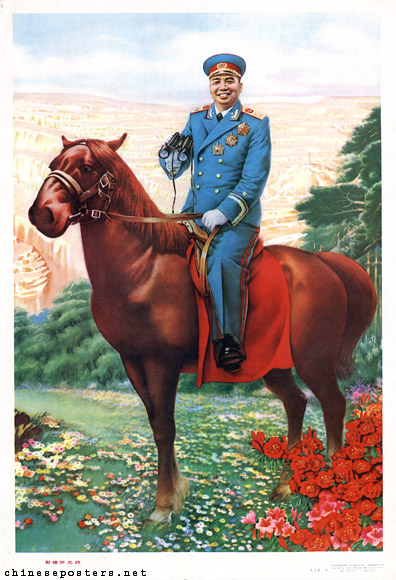 Peng Dehuai (彭德怀, 1898-1974) was from Xiangtan, the home district of Mao Zedong in Hunan Province. After an unhappy childhood, he joined the Hunan provincial army and became engaged in provincial power struggles. By the time the Northern Expedition began (1926), Peng commanded a regiment. The Guomindang-Communist split of 1927 forced him to become a guerrilla. At the same time, he had become active in the Hunan peasant association, organized by the Communist Party, and had begun to read Marxist literature. He joined the CCP in 1928.

By the winter of 1928, he and his troops were driven to Jinggangshan where Zhu De and Mao had already taken refuge. When the Communist were forced to retreat to Ruijin, Fujian Province, Peng protected the rear. In the following years, Peng participated in the various failed uprisings that were intended to ignite the countryside. In 1931, he was named to the Central Committee of the Jiangxi Soviet at Ruijin. 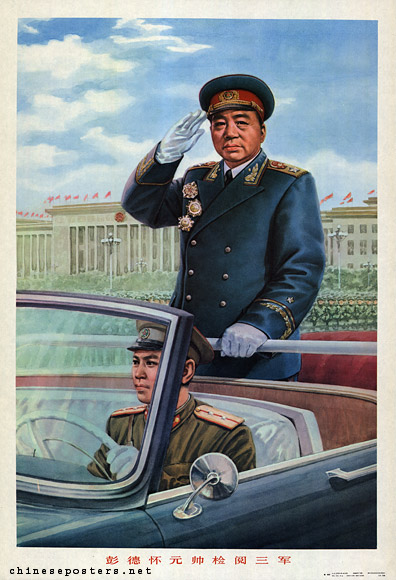 When the Communist Armies split in 1934, during the Long March, Peng took over the command from Zhu De, who trekked westward with Zhang Guotao and others. Mao, Peng, Lin Biao and others continued their eastward movement to arrive eventually in Yan’an, Shaanxi Province. When Zhu joined them again in 1936 and became commander, Peng became his deputy. This situation was to remain during the Sino-Japanese War (1937-1945). In reality, Zhu tended to remain in Yan’an, while Peng acted as field commander. According to Agnes Smedley, Peng was Zhu’s shadow and, some said, his military brains. In recognition for his accomplishments, he received full membership in the CCP Central Committee and alternate membership in its Politburo in 1945.

In the years between the Japanese capitulation and the establishment of the PRC in 1949, Peng was mainly active in the northwest, winning control over Ningxia, Gansu and Xinjiang. In the first few months of Communist rule, Peng assumed various government positions. But in October 1950, he took charge of the People’s Volunteers to fight in the Korean War. As commander of the Chinese forces, he signed the armistice agreement at Panmunjom in July 1953. He received a triumphal reception upon his return in Beijing in August of the same year. 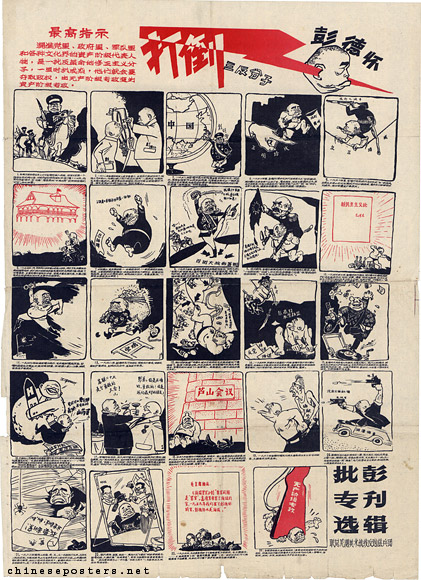 Down with he who is guilty of the three oppositions, Peng Dehuai, ca. 1967

In 1954, Peng became minister of defense, vice-premier and vice-chairman of the National Defense Council. In that capacity, Peng advocated a professionalization of the Army. A year later, he received the rank of Marshal. Unexpectedly, Peng was removed from office in September 1959 and replaced by Lin Biao. This was the result of the fact that he had emerged as one of Mao’s most vocal critics during the Great Leap Forward (1958-1960). Due to these criticisms, which Mao mistakenly interpreted as part of a conspiracy against him, Peng was purged and thrown in prison. Nonetheless, he continued to be listed as a Politburo member until 1965. Peng was posthumously exonerated in 1978. 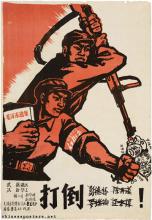 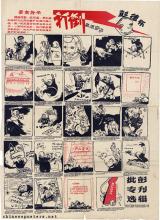 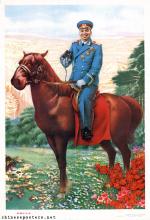 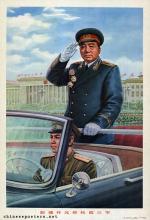