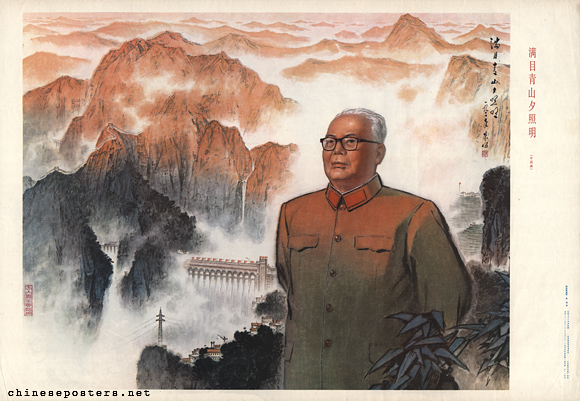 On all sides there are blue mountains within the bright glow of the sunset, 1978

Ye Jianying (叶剑英, 1897-1986) was born into a wealthy merchant family in Meixian County, Guangdong Province and spent part of his youth in Singapore and Hanoi. He belonged to the Hakka minority. After graduation from the Yunnan Military Academy in 1919, he joined Sun Yatsen and the Guomindang (GMD), as a result of which he became an instructor at the Whampoa Military Academy. He participated in the failed Nanchang and Guangzhou Uprisings (1927), fled to Hong Kong and subsequently studied military science in Moscow. After his return in 1932, he joined the Jiangxi Soviet. He survived the Long March and became director of the offices that liaised with the GMD after 1936, first in Xi’an, subsequently in Nanjing and finally in Chongqing. In this capacity, he worked together with Zhou Enlai. Until 1968, Ye would be active in various military functions, having been made a marshal in 1955. 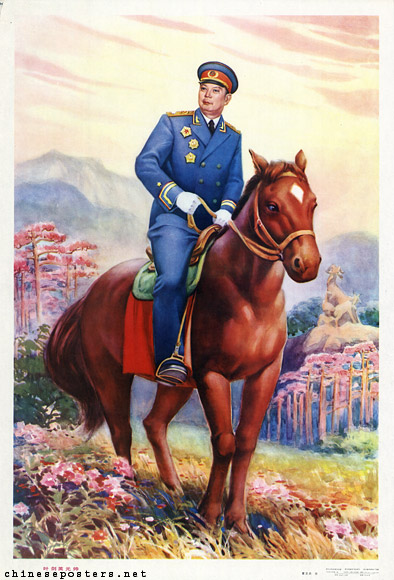 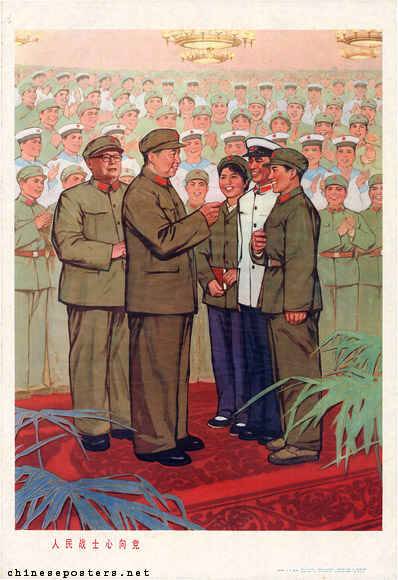 The heart of the people’s warriors turns to the Party, 1977

He attempted to defuse the Cultural Revolution in its early stages and was one of the few leaders who survived the movement unharmed, although he was exiled from Beijing in October 1969 because of criticism of the movement. After Mao Zedong’s death, he was the main military force behind Hua Guofeng’s 1976 coup d’etat against Jiang Qing and the Gang of Four. 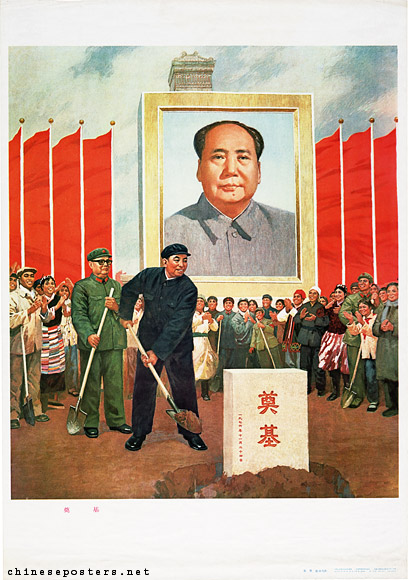 Two days after the arrest of the Gang, the highest organs of the party and the state decided that a Memorial Hall would be built as a permanent tribute to the founder of the People’s Republic. On 24 November 1976, the foundation stone for the gigantic building, located to the south of the Monument to the People’s Heroes on Tiananmen Square, was put in place. Both Hua and Ye were prominently present at the ceremony, as the poster "Laying the Foundation" shows. In the poster below, entitled "The Central Committee of the Party, with Chairman Hua at its head, unites with the people of all nationalities of the nation" (1978), Ye stands to the left of Hua, and Deng Xiaoping behind Hua.

The Central Committee of the Party, with Chairman Hua at its head, unites with the people of all nationalities of the nation, 1978

Hua’s subsequent replacement by Deng in 1977 also bore traces of PLA-interference. Many ‘ordinary’ Chinese subscribe to this view and even today, they do not hesitate to spontaneously lament Hua’s unfair treatment ("betrayal", as some put it more forcefully) by Ye and the other PLA elders. In the early 1980’s, Ye became an opponent of Deng’s more unorthodox reform policies. 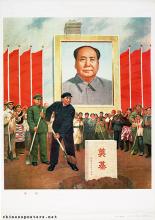 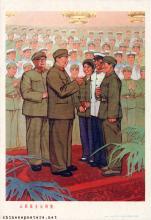 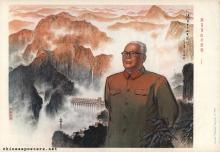 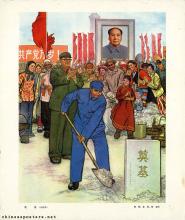