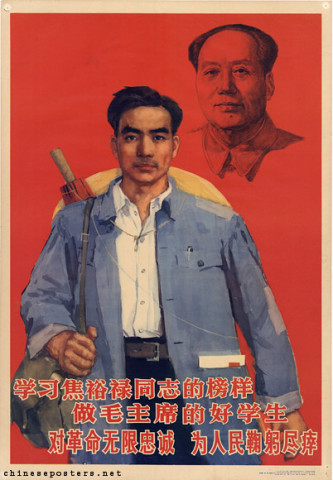 Study comrade Jiao Yulu's example, become a good student of Chairman Mao, be boundlessly loyal to the revolution, spare no effort in the performance of one's duty to the people (1966, February)
Subscribe to Gao Chao (高潮)