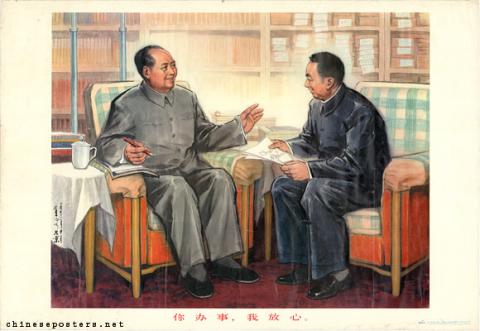 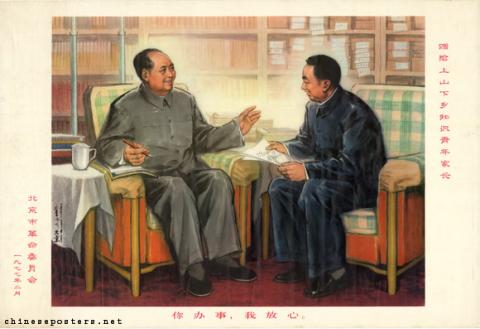 With you in charge, I'm at ease. Presented to the heads of families of intellectual youth who have been sent up the mountains, down the countryside (1977, February)
Subscribe to Li Yansheng (李延生)