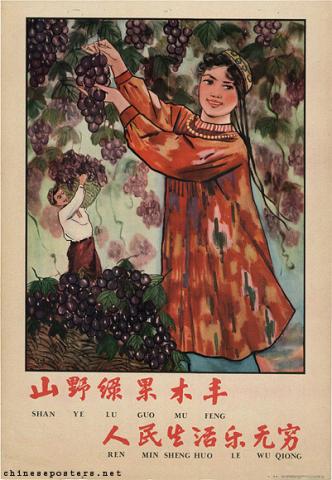 The mountains and the open country are green, fruit trees are plentiful, the people's lives are boundlessly happy (1959, August)
Subscribe to Ye Ming (叶明)