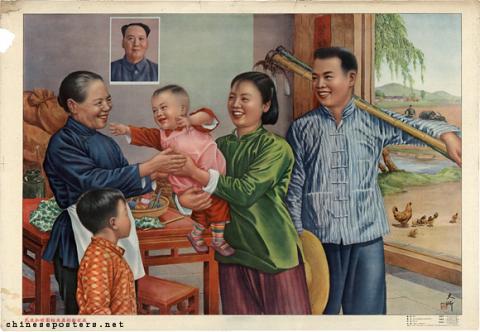 A new household that is democratic, peaceful, and engages in united production (1954, January) 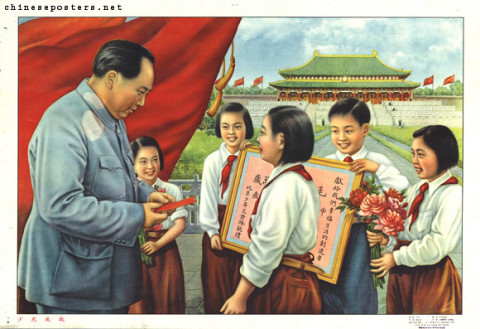 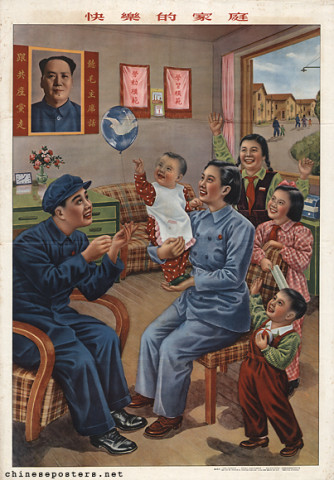 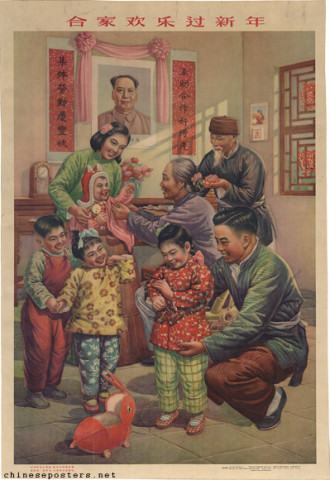 The cooperative has increased production again past year, the life of all cooperative members has improved, wearing a new cap and new clothes, the whole family happily celebrates New Year (1956, March) 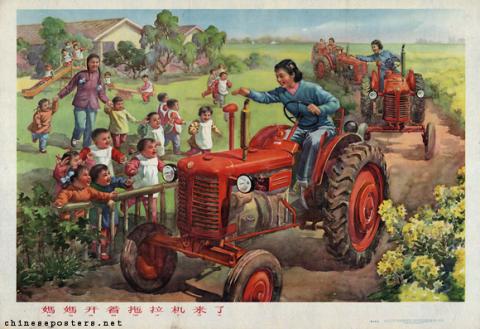 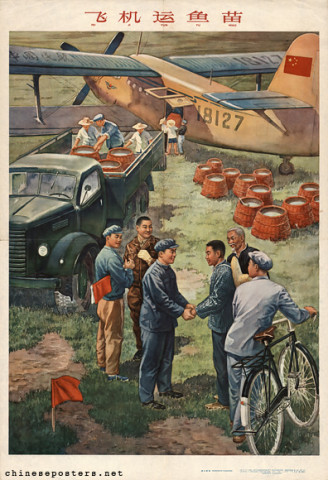