Building the People’s Republic (1949-1957)
The central people’s government constitutes the only legitimate government ...
The Chairman leads the building of the new China 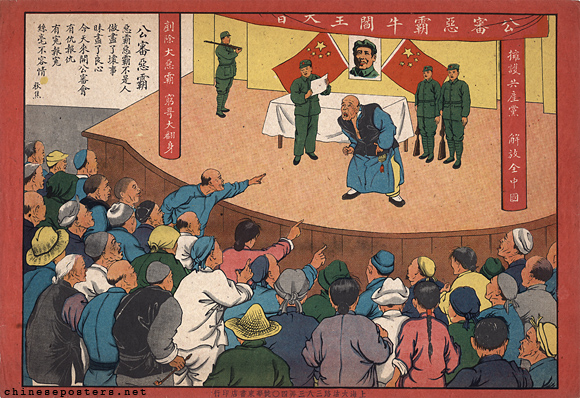 A landlord put on stage for a 'criticism meeting' with peasants, under the supervision of PLA soldiers. After liberation and with the introduction of the Land Reform Law, such sessions led to expropriation and often became violent.