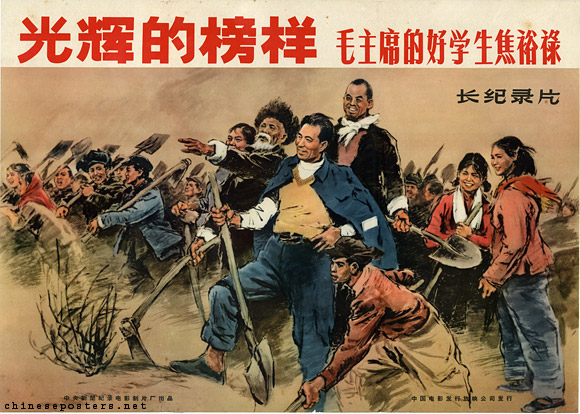 Jiao Yulu (焦裕禄, 1922-1964) symbolizes the good Party cadre who devotes himself tirelessly to the country. After becoming a Party member in 1946, Jiao devoted his energies to fight economic backwardness. As Party secretary of Lankao County, Henan Province, he led the masses to combat the "three evils" of frequent waterlogging, sandstorms and soil salinization. Diagnosed with cancer of the liver, he continued his struggle against natural disasters until his death in a hospital in Zhengzhou, Henan Province. 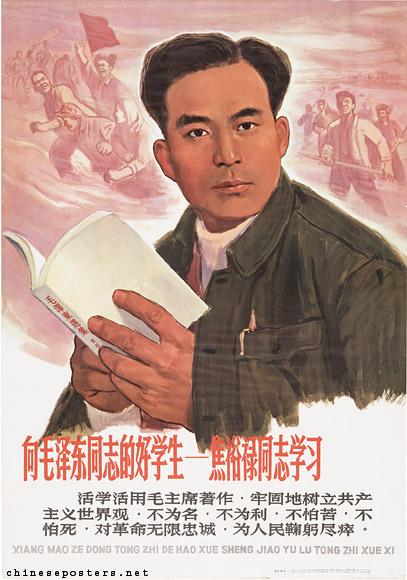 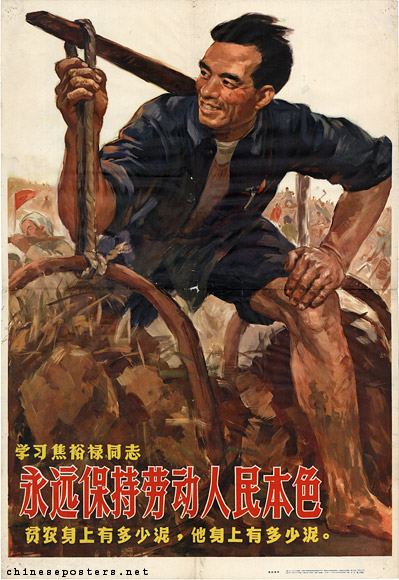 Study Comrade Jiao Yulu - Always protect the basic qualities of the working people - he had as much mud on his body as the poor peasants, 1966

With the slogan "Learn from Comrade Jiao Yulu - Good Student of Comrade Mao Zedong", a campaign to study Jiao’s example was started in 1966. This was intended to boost morale and to rally the people to work harder to vercome difficulties. Party cadres in particular were called upon to follow Jiao’s example by conducting more research and investigations into local conditions, and learn from his leadership style.

In the early 1990s, the Emulate Jiao Yulu campaign was given new life when a new, very popular movie about his life was released. He is usually shown wearing a v-necked sweater.

In March 2014, Xi Jinping visited Lankao County, Henan Province, to honor Jiao Yulu. His speech at the Jiao Yulu Memorial Hall focused on Jiao’s many “heroic” deeds from 1962-1964. Xi exhorted party bureaucrats to “use Jiao Yulu’s spirit as a mirror in which to look very closely at yourselves, and strive to become good Jiao Yulu-style party members,” and “to have people in their hearts, disregard self-interest, always seek truth and maintain a heroic and daring spirit despite any difficulties.” This resurrection of the Jiao Yulu spirit, appeared to be part of the campaign to root out corruption and clean up China’s bureaucracy. 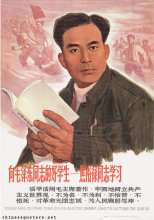 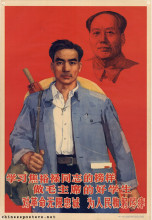 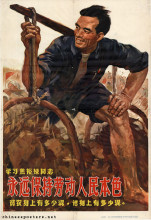 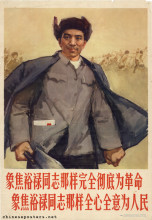 Give yourself completely for the revolution like c… (1966, March) 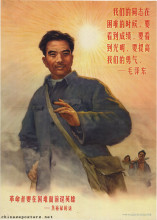 Revolutionaries must pose as heroes in the face of… (1966, March) 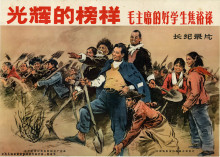 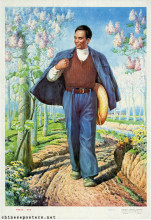