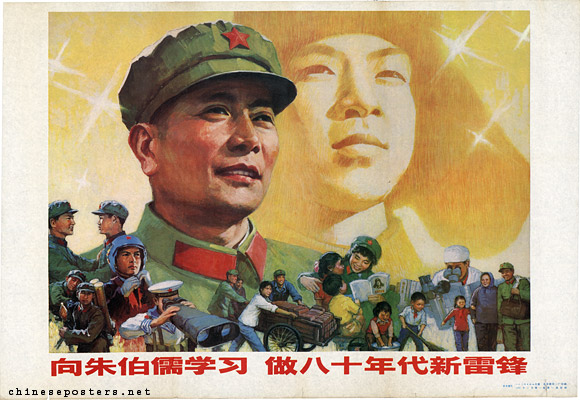 Zhu Boru (朱伯儒, 1938-2015) was from Guangdong Province. Zhu joined the People’s Liberation Army in 1955 and served as the assistant head of the Logistics Department of the airforce units stationed in Wuhan. He joined the CCP in 1969 and as a CCP-member, he was a representative at the 6th National People’s Congress in 1983. Zhu has performed numerous great tasks, both within and without the ranks. He retired in 1999.

Zhu saved at least seven people from death on the front line. In all, he received 21 awards and citations. For all these reasons, he was called one of the ‘Lei Fengs of the 1980s’ and made into a model for emulation. Other ‘Lei Fengs of the 1980s’, selected for their individual contributions and sacrifices, included Jiang Zhuying, Zhang Hua and Zhang Haidi. 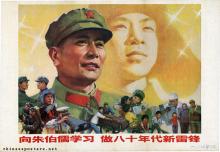