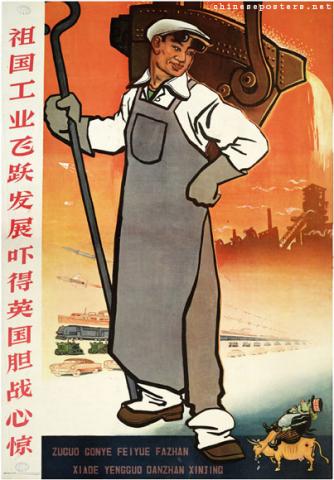 The industry of the motherland develops by leaps and bounds and frightens England so that it trembles with fear (1958, July)
Subscribe to Qin Lingyun (秦岭云)