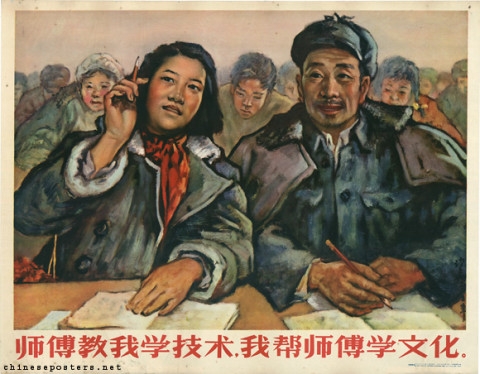 The teacher teaches me to study technology, I help the teacher to study culture (1955, October) 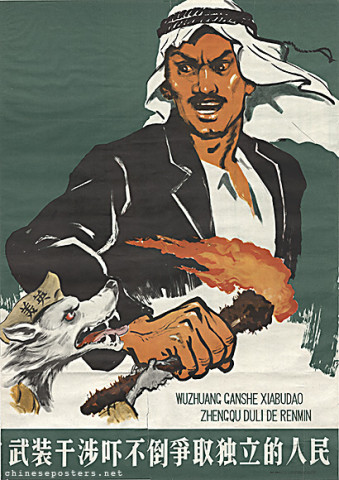 Establish the grand guiding principle of communism -- Surpass and overtake the most advanced capitalist nations in the field of economy after seven years (1959, February) 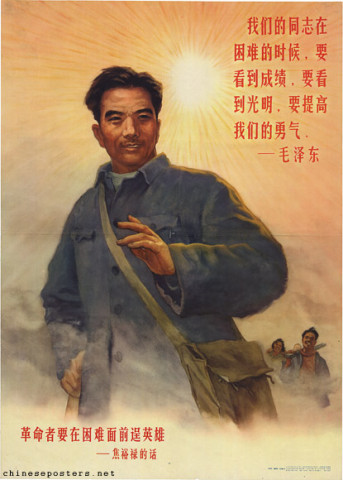 Revolutionaries must pose as heroes in the face of difficulties -- Quote by Jiao Yulu (1966, March)
Subscribe to Sha Gengsi (沙更思)