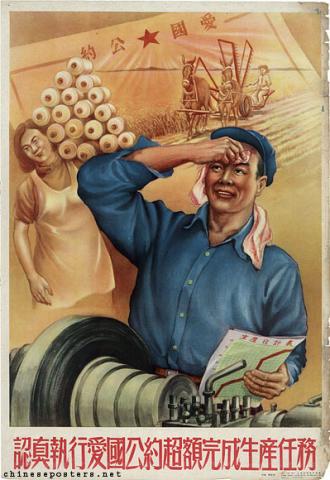 Earnestly carry out the duty to implement fulfilling the patriotic pledge to produce above quota (1951, December) 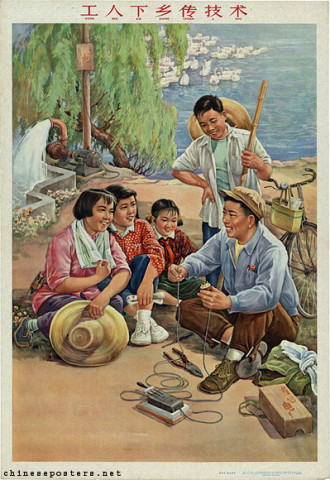 A worker goes down to the village to transfer technology (1964, October) 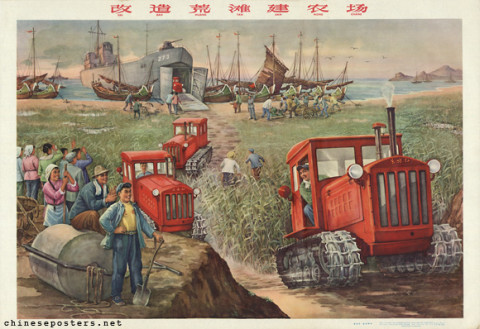