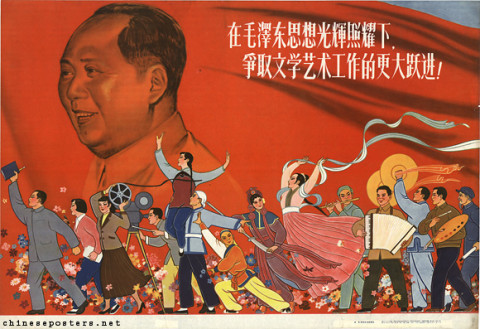 Struggle to achieve an even greater leap forward in literature and art work under the radiance of Mao Zedong Thought! (1960, April)

The sun rises in the East, everything becomes new (1960, September)
Subscribe to Shen Fuming (沈复明)