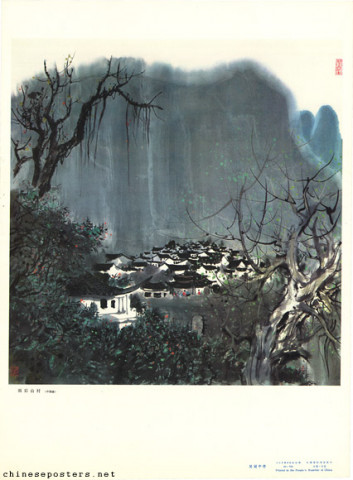 Mountain village after the rain (1975)

Long live the victory of the Korean People's Army and the Chinese People's Volunteers Army! (1951, May)
Subscribe to Wu Guanzhong (吴冠中)