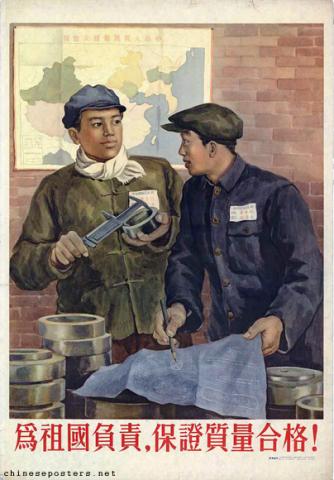 Responsible for the mother country, guarantee up-to-standard quality! (1953, May) 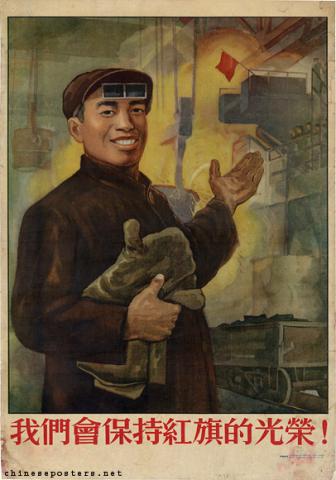 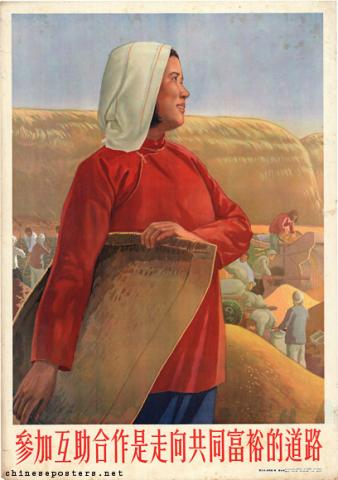 Joining the mutual aid teams is walking the road to common prosperity (1954, May) 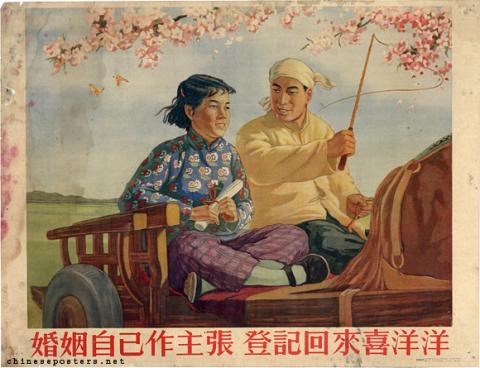 In marriage, keep an eye on your own interests, and return radiant after registration (1953, February)
Subscribe to Wu Dezu (武德祖)