Intervening years (1960-1965)
Getting organised is boundlessly good. Collective life brings a lot of happiness
Be indomitable in training, to strengthen the physique of officers and soldiers 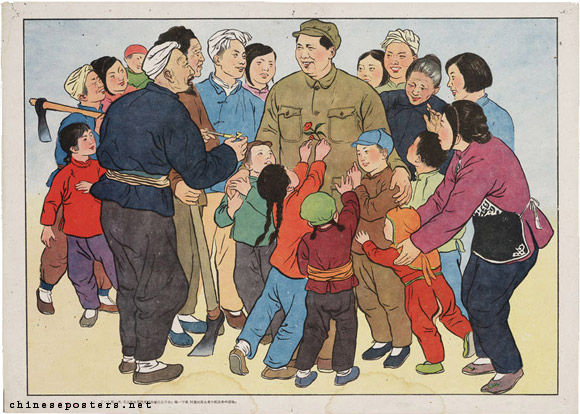 The first of a series of five posters, telling a story of Chairman Mao visit to a peasants’ village. Mao is welcomed enthusiastically, a woman with an ill child stays home but is encouraged by another child to go and see Mao. When she does, Mao expresses his concern and sends mother and child to a hospital in his personal car. The child recovers and tells the story of his salvation to the people of the village.