Sending off the People’s Liberation Army to overthrow Taiwan! 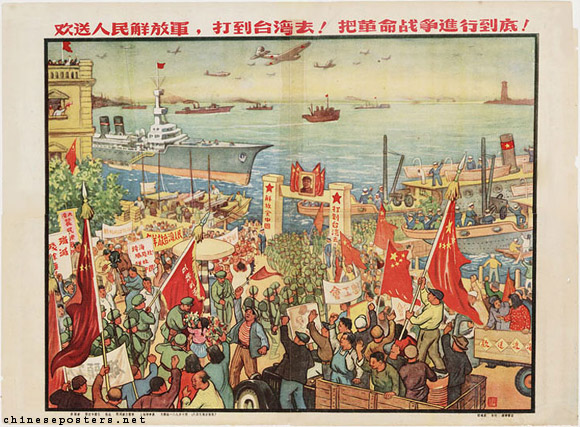 Just after the Civil War ends, some argue that it should be continued with an invasion of Taiwan and the capture of Chiang Kai-shek and his Guomindang allies. Because of the presence of the American fleet and the outbreak of the Korean War, it never comes beyond exercises and threats.