Intervening years (1960-1965)
Fully engage in the movement to increase production and to practice economy ...
The projectionist of the village 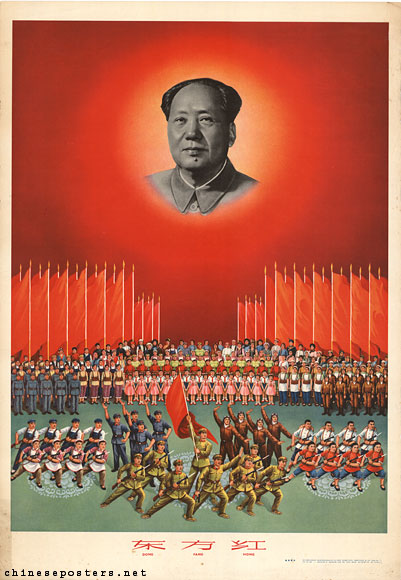 The East is Red (东方红, Dongfang Hong) originally was a folk song. In the 1930s it was popular among the communists in Yan’an, with lyrics about the anti-Japanese struggle. In the early 1940s the text was rewritten again, to become a hymn to Mao Zedong:
"The east is red, the sun is rising
China has brought forth a Mao Zedong.
He works for the people’s welfare.
Hurrah, He is the people’s great savior."
A so-called ‘song-and-dance epic’ was made around it in the early 1960s, in 1965 a film version was released.
During the Cultural Revolution the song was played everywhere, all the time, and in fact replaced the official anthem of the People’s Republic.