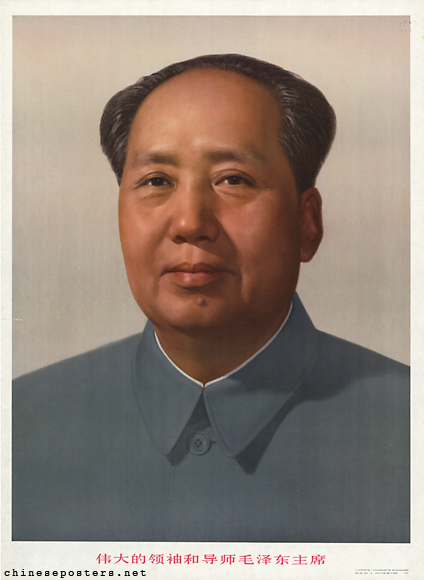 This is one of many versions of Mao's official portrait. Based on a photograph, it was worked out by a group of artists, who were never identified at the time. The portrait should be Mao, not a work of art created by an artist.

This version was on Tian'anmen Gate from 1963/1964 to 1967 only, but remained the most popular version as poster. The total print rum is estimated at over a billion (1,000,000,000, i.e. one thousand million), making it perhaps the most reproduced portrait ever. The poster shown here is from the 157th edition of this publisher alone.