Cultural Revolution (1966-1968)
To villages we go, to the borders we go, to places in the fatherland where we are most needed we go
Following Chairman Mao forever making revolution 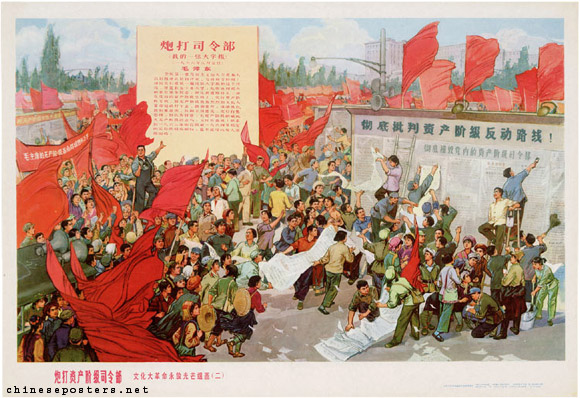 The title of this poster quotes a big character poster by Mao, in which he accuses other party leaders of treasonous and capitalist points of view and urges his supporters to overthrow his enemies. Big character posters were used extensively during the Cultural Revolution.