Fully criticize the Chinese Khrushchev from a political, ideological and theoretical perspective

Cultural Revolution (1966-1968)
Thorougly criticize the bureaus of industry of the Shanghai city, region and district...
The renegade traitor and scab Liu Shaoqi must forever be expelled from the Party! 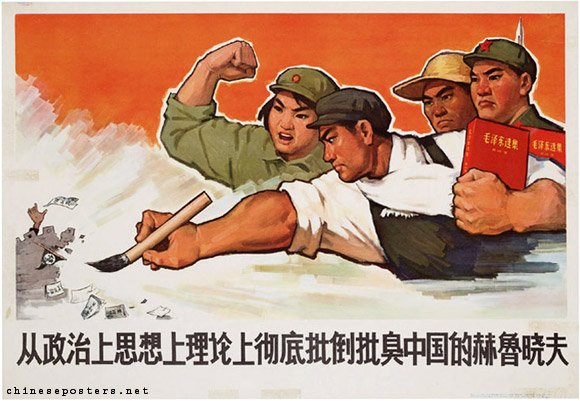 Khrushchev is the Soviet party leader who denounced Stalin’s misdeeds in 1955. Eventually he was dismissed and put under house arrest. The ‘Chinese Khrushchev’ is Liu Shaoqi, considered Mao’s designated successor until then.