To love the country one must first know its history - the deeper the knowledge, the more eager the love 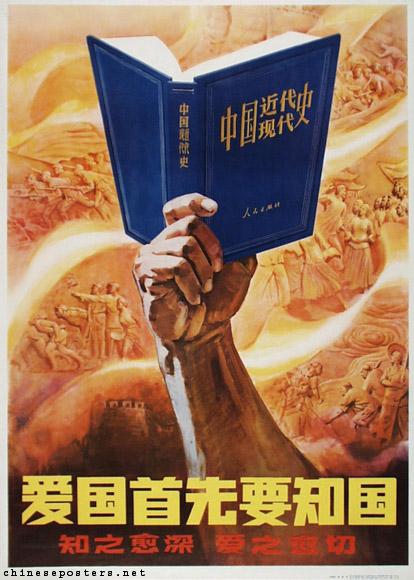 The title of the book reads 'Modern and Contemporary History of China' (中国近代现代史 - Zhongguo jindai xiandai shi). The images of past revolutionary struggle in the background are from the Monument to the People's Heroes on Tian'anmen square in Beijing.