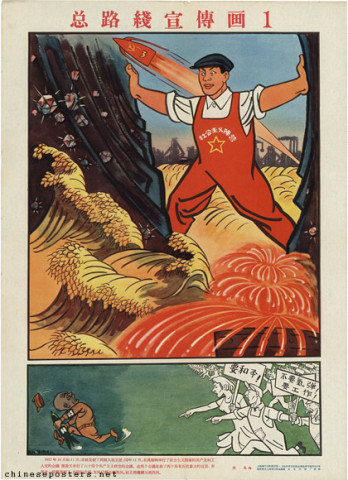 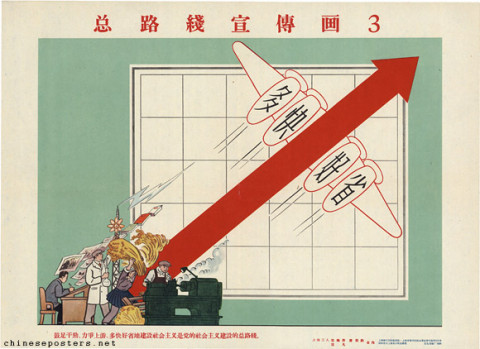 General Line propaganda poster 3 -- It is the General Line of the Party's socialist construction to go all out, aim high and achieve greater, faster, better and more economical results in building socialism (1958, July) 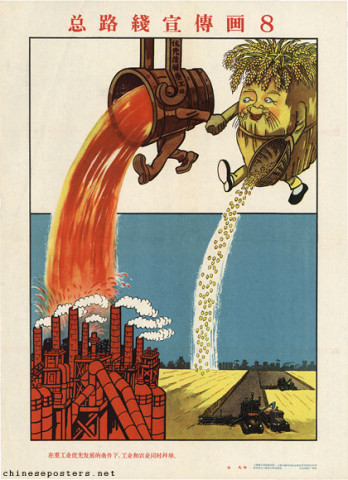