Chairman Mao shovels earth, I carry it away 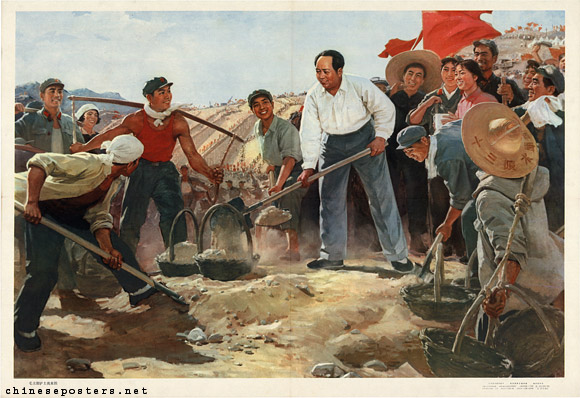 On 25 May 1958, Mao Zedong visited the construction work at the Ming Tombs Reservoir site (Shisanling 十三陵) that would become the Miyun Reservoir near Beijing. The work was overseen closely by Zhou Enlai. Although photographs of Mao seemingly taking part in the digging exist, it is unclear how much work he actually contributed. One of the more famous of these photographs had Beijing Mayor Peng Zhen, standing behind Mao, airbrushed out during the Cultural Revolution.