A Nanniwan along the coast 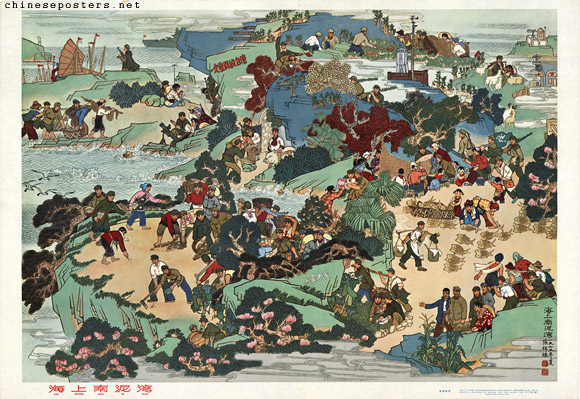 In 1941, the 359th Brigade of the Eighth Route Army arrived in Nanniwan, and established themselves in the town. Nanniwan was a town in Baota District, Yan'an, Shaanxi Province. While stationed there, the brigade created farms, herded livestock, and created an artillery training school, thus becoming a model for self-sufficiency. In recent years, Nanniwan has become a significant site for Red Tourism.

"Nanniwan" is also a popular revolutionary song, written in 1943 by He Jingzhi and Ma Ke, with lyrics set to a traditional folk melody of Northern Shaanxi. It is one of the most recognisable songs in China. In 1991, Cui Jian, known as the "(grand) father of Chinese rock", created a rock version of it. It appeared on the 1991 album Jiejue (解决, Solution)