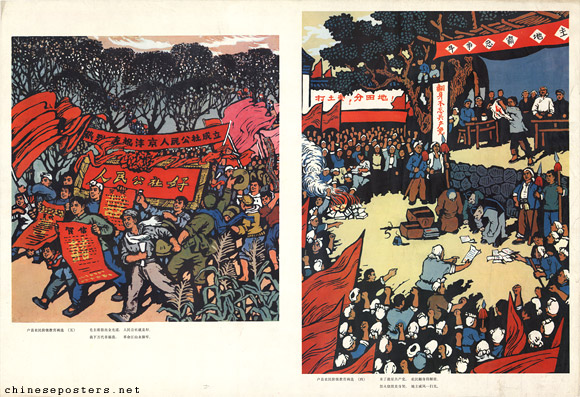 This undated poster is from the first half of the 1970s. The image on the left shows enthusiastic peasants welcoming the establishment of a people's commune, the image on the right shows a criticism meeting of a landlord, with the peasants "speaking bitterness" and demanding the break-up of his landholdings.