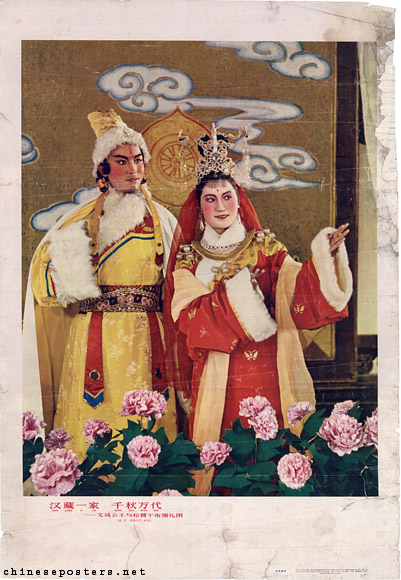 Songzan Ganbu (569–649?) ruled over Tibet. When he was shown the portrait of Princess Wencheng (620s-680 or 682), the daughter of Tang emperor Taizong, he was smitten. He sent a marriage proposal, but his hopes were dashed. The emperor was impressed with the Tibetan king’s dogged determination and subsequently, he accepted the proposal and betrothed the princess to Songzan Ganbu. In 642, Princess Wencheng embarked on the journey to her new home. On the basis of this story, China claims sovereignty over Tibet.