Wage the struggle to criticize Lin Biao, criticize Confucius to the end 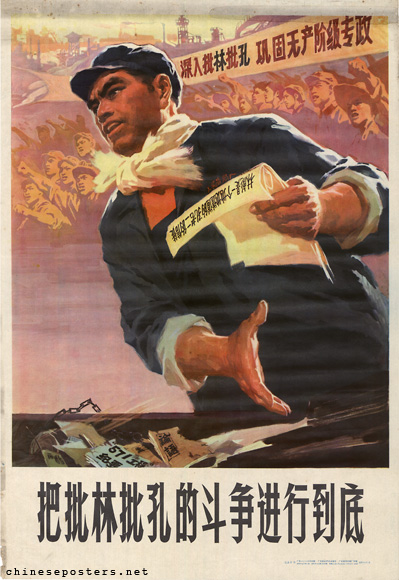 This 1974 poster is from the second edition, adding 20,000 copies to the first edition, running to 50,000 copies, which was published earlier in the same month.

On the desk is a torn copy of Confucius' Lunyu (论语, Analects), as well as a torn copy of a publication with the number 571 in the title. This 571 (wuqiyi) is a homophone for armed uprising (武起义), considered the code name for Lin Biao's attempted coup.

The slogan in the back reads "Deepen the criticism of Lin [Biao] and Confucius, strengthen the dictatorship of the proletariat".