The destruction of the Jiang dynasty 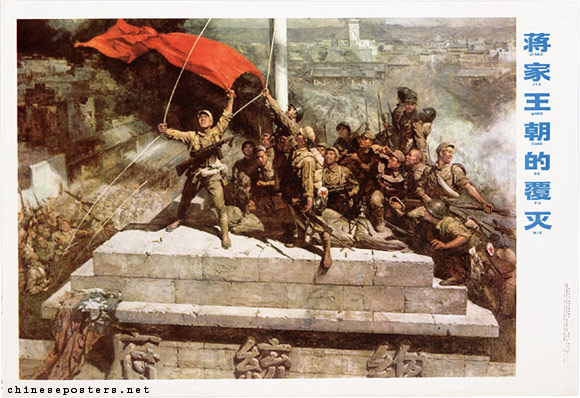 The painting reproduced on this poster initially met with serious criticism. In the eyes of the critics, the depiction of the tired soldiers, with their soiled and torn uniforms, was harmful for the splendid image of the People's Liberation Army. The fact that it has been included in the collection of the Museum of the Chinese Revolutionary Army is an indication of its later acceptance.