After the flowers have blossomed three years, she returns to the mountain 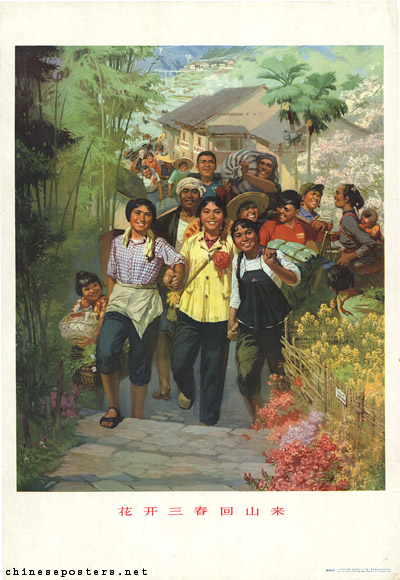 A graduate gong-nong-bing 工农兵 student returns to the mountain village after graduation. Worker-peasant-soldier students enrolled in colleges between 1970 and 1976. They were accepted not for their academic qualifications, but rather for the "class background" of their parents. These students were supposed to return to their places of origin, as a way to spread knowledge. Many, however, rather stayed in the urban areas where their universities were located.