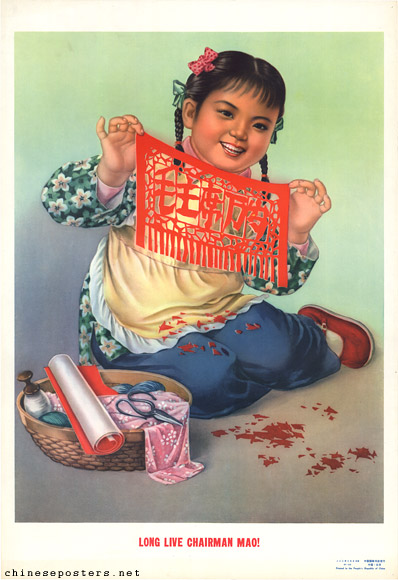 The original version of this poster was published in 1964 with the Jilin People's Publishing House, with the title "Cutting window grilles" (jian chuang hua 剪窗花). The Jilin publisher republished it as a poster in March 1974, renamed as "Long live Chairman Mao" (毛主席万岁). It was slightly edited (the character for Mao 毛 was cleared up) upon its republication in June 1974 with the People's Fine Arts Publishing House. The poster shown here is the export version, in English.