Chairman Mao and we are of one heart 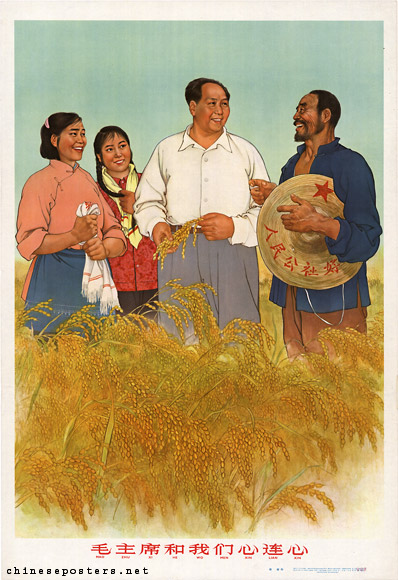 This poster is from the 8th edition (January 1965), with a total print number of more than 1,649 million copies. It was first published in August 1964 and very popular, as can be seen from the fact that it was reproduced in other posters, including 'Reading Chairman Mao's books, listening to Chairman Mao's words' by Pang Ka, from 1965.