A history of glorious struggle 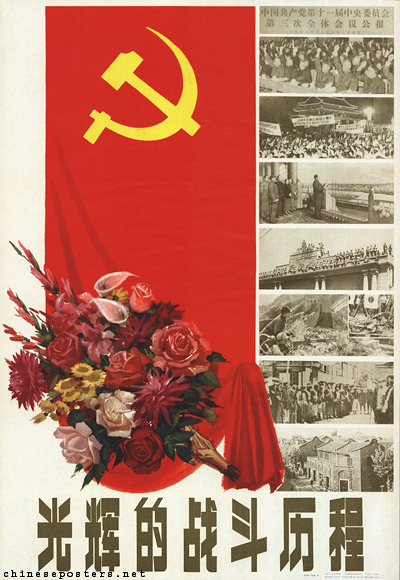 The photographs chronicle, from bottom to top, the founding of the CCP in Shanghai in 1921, the Shanghai Massacre of 1927, the Nanjing Massacre of 1937, the liberation of Nanjing in 1949, the founding of the PRC in 1949, and lastly, on top, the Third Plenum of the 11th Central Committee session in 1978, where Deng Xiaoping's policies of reform and opening up where adopted.