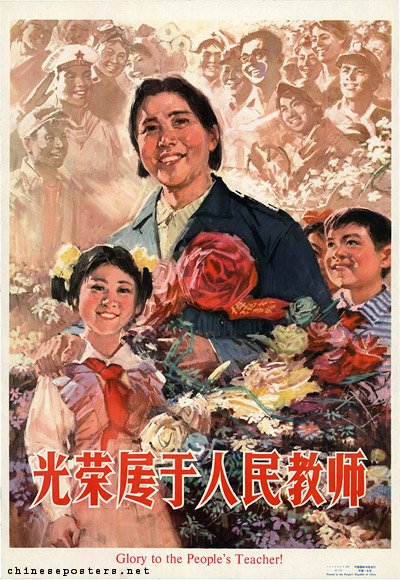 The necessity to create a new, socialist spritual civilization was first mentioned by Deng Xiaoping in December 1980. This complex was to be based on the Four Basic Principles, which were supposed to act as a brake on the modernization process. Although lip service was paid to Deng’s demand in the following years, it was taken up with renewed enthusiasm only in the 1990s by Jiang Zemin. Broadly speaking, it should be a framework for a new social structure that reflects the "New Age" that started with the reforms. This should be brought about by raising the people’s political consciousness and morality, and by fostering revolutionary ideals, morality and discipline, all with communist ideology at its core. Aside from presenting timeworn and well-tested behavioral models such as Lei Feng, posters were initially given a major role in the creation of this socialist spiritual civilization. 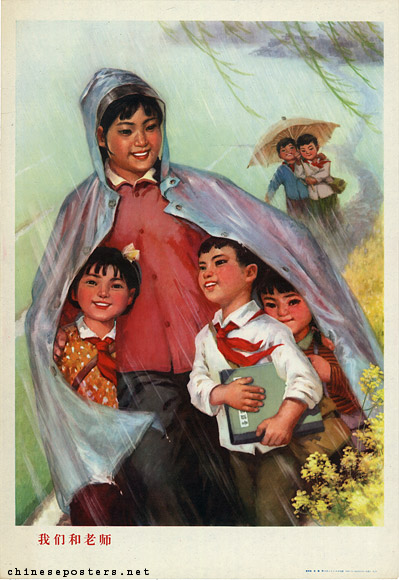 This new cultural system should reflect the economic modernization process that indisputably has changed society, and combat the sleaziness and the negative social aspects of commercialism and consumerism that have creeped in. The attempts to create a socialist spiritual civilization have failed to give the clear instructions for behavior that the Chinese people had grown so accustomed to in the past. As opposed to the reasonably predictable, single and simple propaganda messages of the preceding decades, the visual instructions for behaviour in the 1980s have become multi-layered, with various conflicting attitudinal stimuli, which makes them confusing. The people say that they learn more from commercial advertising when it comes to guidelines for daily living. 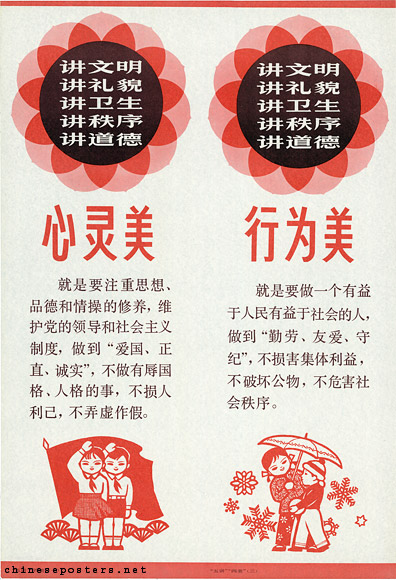 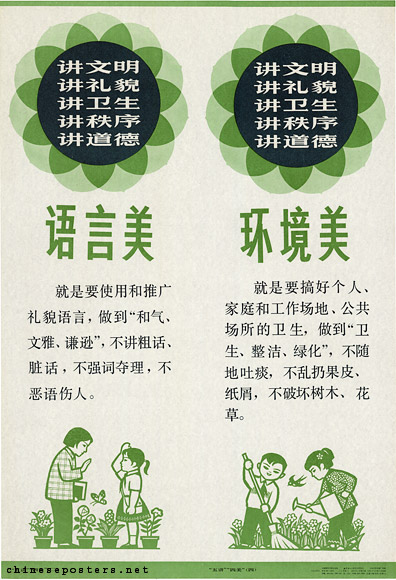 The leadership no longer considers the propaganda bombardment of the population as necessary as it had in the past. On the contrary, starting in the second half of the 1980s, propaganda art in the streets was replaced by mere normative illustrations of social order, traffic safety, birth control, and by advertising for both Chinese and foreign products. A further blow to the use of propaganda posters is caused by municipal regulations, according to which the posting of posters is forbidden because it contravenes environmental legislation. 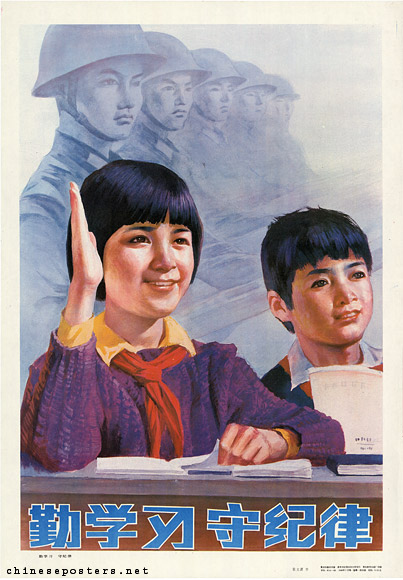 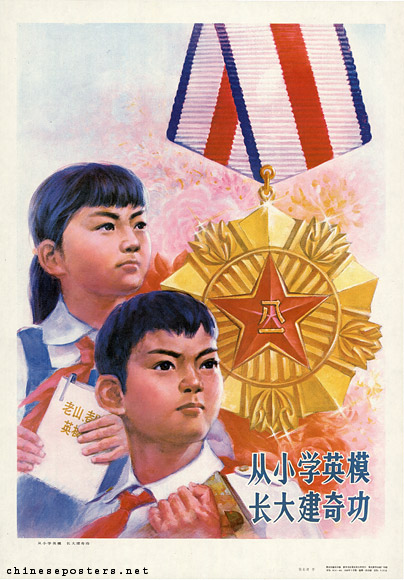 Another development prohibiting the formulation and propagation of a body of comprehensive behavioural instructions has been the increasingly heterogeneous character of society. Social, generational or occupational groups, or even ‘the masses,’ can no longer be treated as one undifferentiated whole. Nowadays, ‘generation gaps’ exist, resulting in vast discrepancies in interests, views, standards and even vocabulary/language among the people. 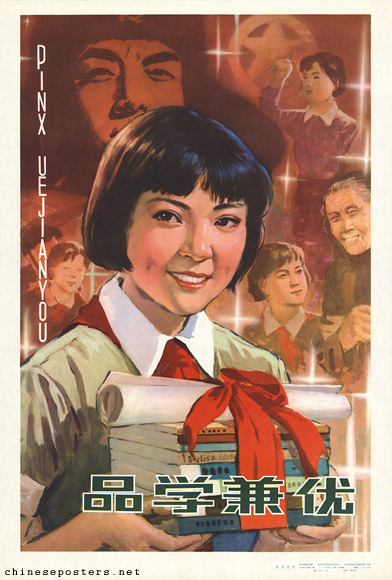 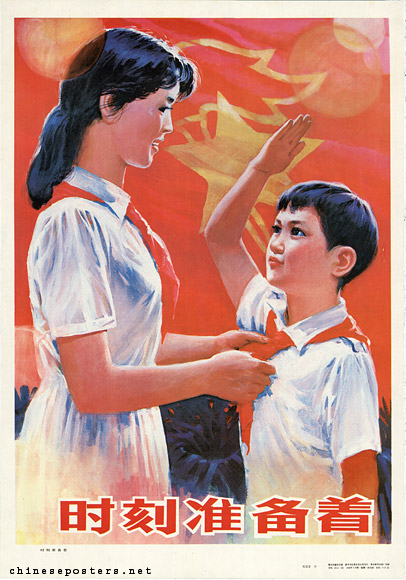 The few remaining propaganda posters that stress these elements of the new system of spiritual civilization seem to be aimed primarily at primary and/or secondary school children. The reason for this can be that youngsters are more impressionable and more likely to respond enthusiastically to pressures for attitudinal change. However, they see through the political messages and no longer believe in the symbols generated by the CCP. Young people are, in the last analysis, mainly concerned with themselves, and not with ‘loving the people’, or with ‘building a socialist state’. 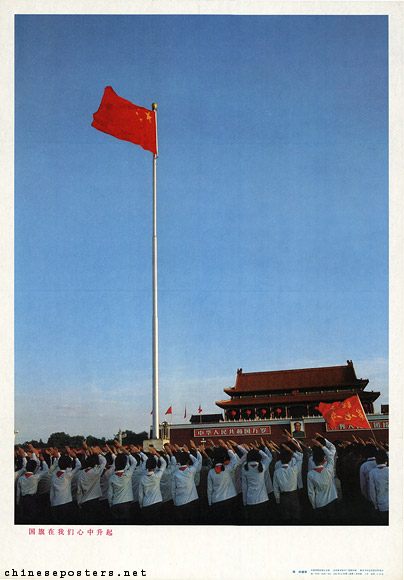 The national flag is hoisted in our hearts, 1984 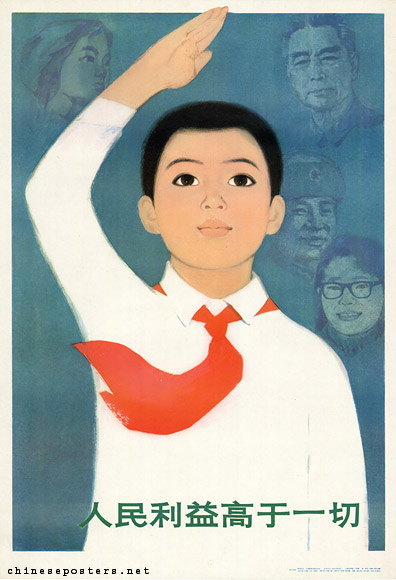 The people’s interest is placed above everything else, 1983