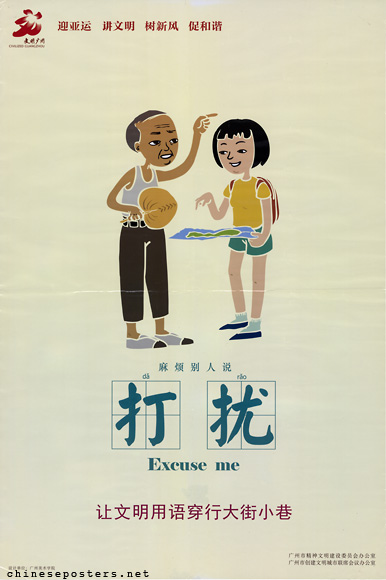 The 2010 Asian Games, also known as the XVI Asian Games, was a multi-sport event that took place in Guangzhou, Guangdong Province, from 12-27 November 2010. Communicating with non-Chinese visitors was part of the civilization drives that accompanied these games as well as the Beijing Olympics in 2008.

The text reads "When bothering other people, say excuse me" (麻烦别人说打扰 "Excuse me").