Down with the new Czars! 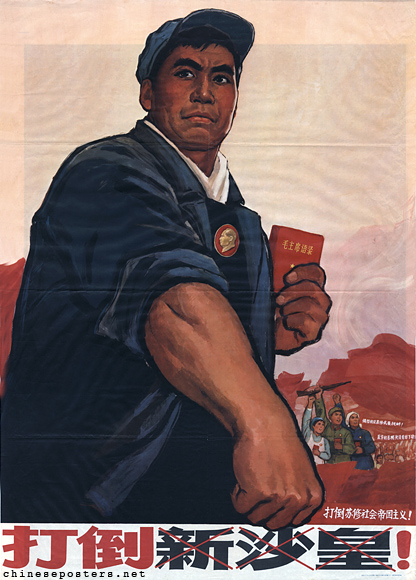 The poster was published during the start of the armed conflict with the Soviet Union at Damanski, or Zhenbao, Island that exacerbated the rift that had already started between the two countries. On 2 March 1969, Chinese and Soviet troops started fighting on Zhenbao Island (珍宝岛), a small island in the Ussuri river on the border between China and (at that time) the Soviet Union. At stake was the exact demarcation of the border.

The text over the "New Czars" reads "Down with Soviet Revisionist Socialist Imperialism!". The Soviets were portrayed as new (imperialist) czars.