Zhenbao Island will not be encroached upon 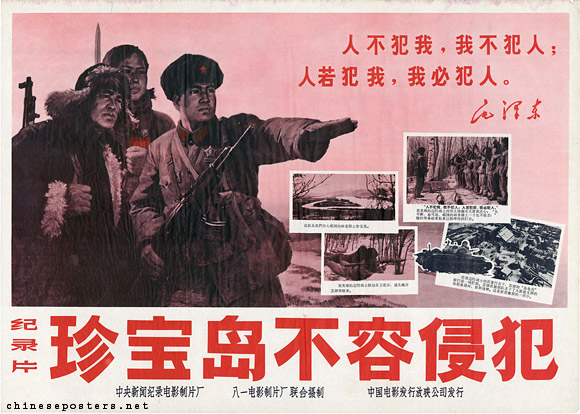 On 2 March 1969, Chinese and Soviet troops started fighting on Zhenbao Island (珍宝岛), a small island in the Ussuri river on the border between China and (at that time) the Soviet Union. This led to further escalation of the conflict between the two countries, and even to the threat of using nuclear weapons.