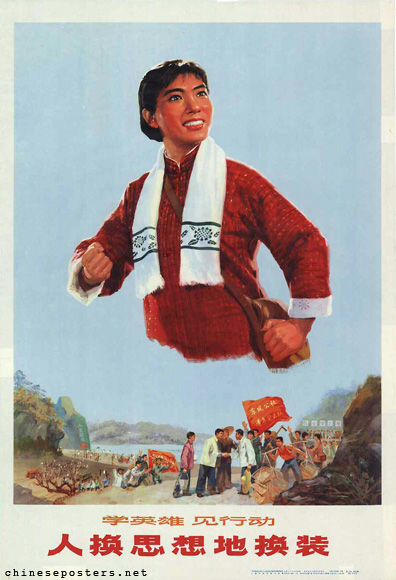 Longjiang Song (龙江颂, Ode to the Dragon River) started out as a spoken drama, but was later changed to Beijing Opera on a socialist theme. It was part of the model works that were produced after 1969. The score gives prominence to traditional instruments. Ode to the Dragon River is typically set in post-1949 China. It focusses on ferreting out "class enemies", i.e. anybody who did not belong the hallowed ranks of the gongnongbing 工农兵, the workers-peasants-soldiers. 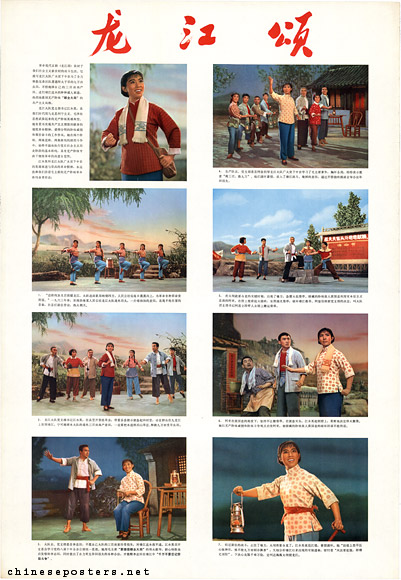 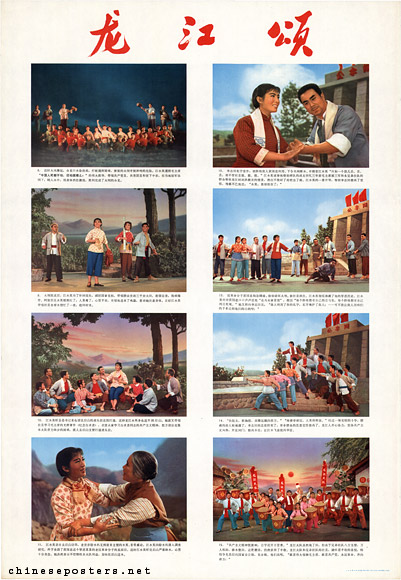 This may be the reason that plays such as this one have not seen a renewed popularity in the 1990s and after. Most of the people still feel hurt by their tone and contents.

Rosemary Roberts, "From Zheng Qiang to Jiang Shuiying: The Feminization of a Revolutionary Hero in Maoist Theatre’s Song of the Dragon River", Asian Theatre Journal 23:2 (2006), 265-291