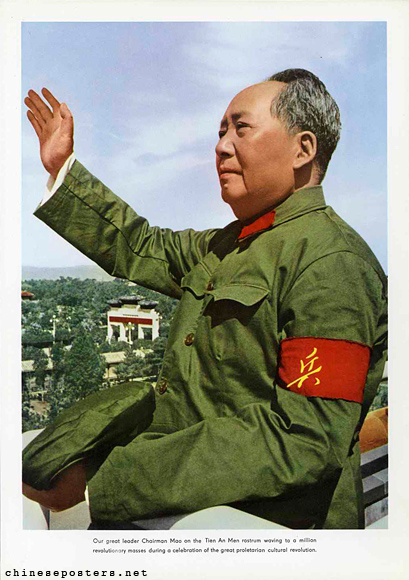 On 18 August 1966, Mao 'received' the Red Guards on Tian'anmen Square for the first time. Around one million people showed up, mostly young boys and girls who were kept waiting for hours and hours, shouting, singing and waving their Little Red Books. When Mao finally appeared and waved at the crowd, as documented on this photograph, the masses reached a collective ecstasy that is difficult to imagine.