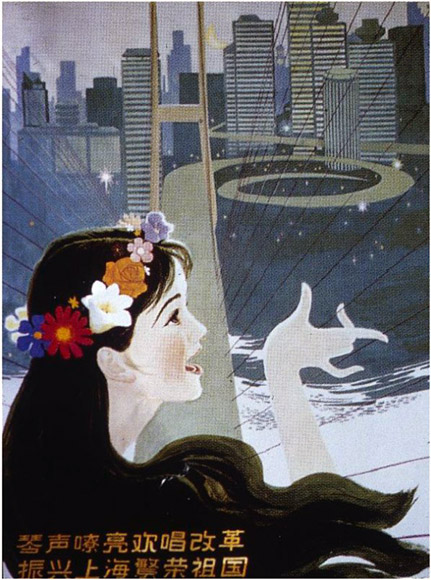 This design by Ha Qiongwen, one of the great poster designers of the 1950s, 1960s and 1970s, features the new Nanpu Bridge, the first bridge over the Huangpu river joining the old part of Shanghai on the west with the Pudong area on the east. It was one of the last designs to come from the Shanghai People's Fine Arts Publishing House propaganda painting department, won a first prize at an important exhibition, was acquired for the permanent collection of the Shanghai Institute of Culture and History, but ... was never published. Apparently, the publisher did not receive advance orders from bookstores, and decided not to have the design printed.