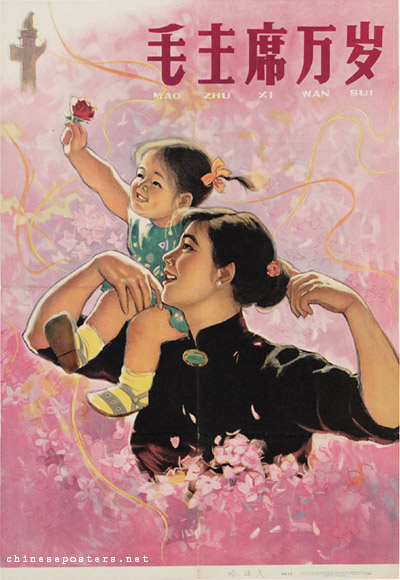 Daughter and mother during a 1 October Parade on Tian'anmen Square in Beijing (indicated by the 'huabiao' column top left), smiling towards the Chairman. A famous poster that would cause great problems for designer Ha Qiongwen during the Cultural Revolution: why did he not depict Mao? And why give prominence to such an elegant, bourgeois woman, instead of showing an ordinary worker?