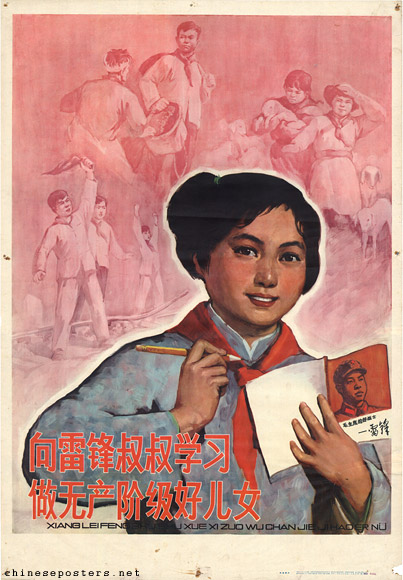 Behind the Pioneer girl, the Three Young Braves can be seen, as well as Zhang Gaoqian and the two "Heroic Little Sisters of the Grassland". These latter two, Longmei and Yurong, Mongolian sisters aged eleven and nine, were entrusted by their father to look after one of the collective's flocks of sheep. The models were presented in the early 1960s, during the drive to train revolutionary successors.