The «Internationale» reverberates over the whole world II 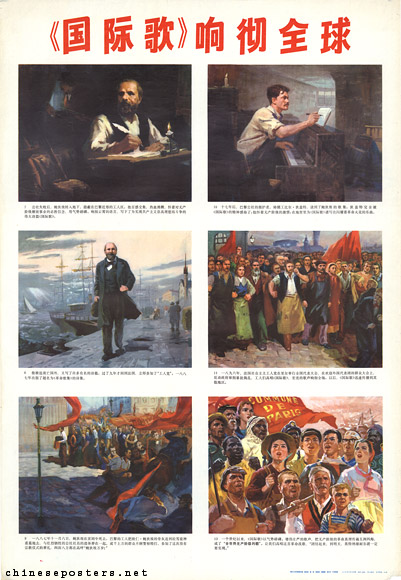 "The Internationale" in Chinese (国际歌, guojige) was translated in 1923 by Qu Qiubai (瞿秋白), a member of the CCP in the late 1920s. His translation transliterated "The Internationale" as Yīngdénàxióngnà'ěr (英德纳雄纳尔). Qu was executed by the Guomindang (Kuomintang) in 1935. Qu's translation did not see widespread use due to it being written in Classical Chinese. The most common version, as well as the anthem of the CCP, was translated from the Russian version in 1923 by the poet Xiao San, a friend of Mao Zedong.